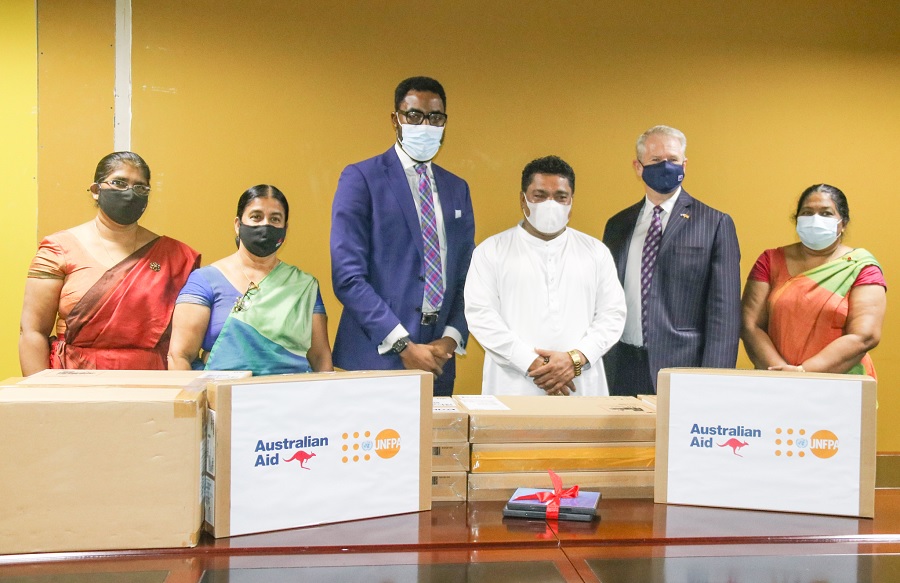 Issuing a press statement, the UNFPA and Australia noted that even before COVID-19 plagued the world, gender-based violence was already one of the greatest human rights violations.

However, while lockdowns were imposed across the world as a protective measure to curb the spread of the virus, it also brought out another deadly pandemic to the surface – the shadow pandemic of sexual and gender-based violence, further exacerbating existing inequalities for women and girls.

Countless women experiencing domestic violence, suddenly found themselves confined at home along with their perpetrators. The pandemic has also hampered authorities’ ability to respond to gender-based violence, at a time when women and girls need these services most. Thus both state and non-state actors were forced to switch to virtual and remote operations in order to continue to serve and protect women and girls.

Recognizing the gaps in the response mechanism, UNFPA, through the Joint Program for Resilience supported by the Australian Government’s Department of Foreign Affairs and Trade, stepped in to provide technical support and equipment to enable key authorities to engage in remote SGBV referral, counselling, and other follow up action. Capacity building programs were also conducted at all levels and across all sectors to effectively address SGBV issues, especially during emergencies.

As a part of this support, 15 Laptops, 42 CDMA phones and 2 virtual training manuals were officially handed over to Minister Piyal Nishantha by Kunle Adeniyi, Representative UNFPA Sri Lanka and David Holly, Australian High Commissioner to Sri Lanka and the Maldives, to be distributed among the Women Development Officers based at the Women and Child Development Desks at the District and Divisional levels of Sri Lanka. (Colombo Gazette)