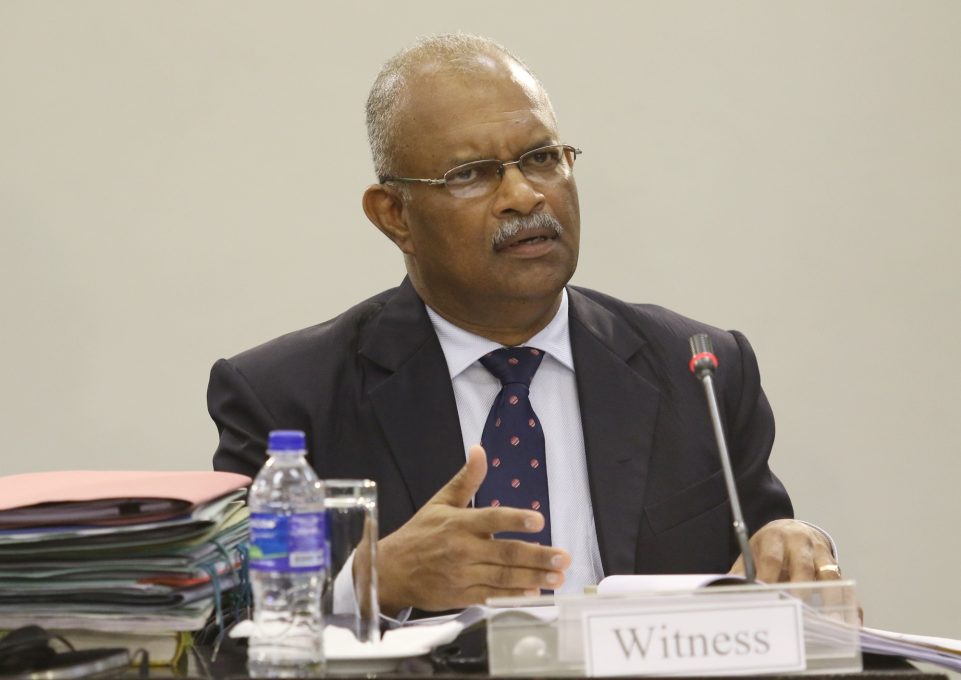 The Government today insisted there is no move, on its part, to harm the life of former Director of the Criminal Investigations Department (CID) Shani Abeysekara.

Leader of the House, Dinesh Gunawardena told Parliament today that there are several allegations against Shani Abeysekara which is before court.

Gunawardena rejected claims that there is a move by the Government to harm Shani Abeysekara.

Abeysekara had made some startling revelations in a Fundamental Rights (FR) petition filed in the Supreme Court.

Abeysekera filed the petition seeking a court order against fresh attempts to arrest him.

The FR petition alleges there was interference in the investigations conducted by the CID on Zahran Hashim, prior to the Easter Sunday attacks.

The petitioner alleged that intelligence agencies diverted investigations into the suspects who were later linked to the Easter Sunday attacks.

The former CID chief has sought an interim injunction restraining any attempt to arrest or detain him under a detention order in connection with a B report filed in the Kuliyapitiya Magistrate’s Court on charges including failure to properly investigate Mohamed Qasim Mohamed Saharan (Zahran) Hashim, who led the Easter Sunday terror attack on 21st April 2019.

In the petitions, Shani Abeysekara has sought an interim order restraining President Gotabaya Rajapaksa from issuing the detention order as the Minister of Defense to arrest him under Section 9 (1) of the Prevention of Terrorism Act.

The petitioner also seeks an order quashing the B report No. 1411/2022 filed against him in connection with a fraudulent investigation report allegedly made on an anonymous petition. (Colombo Gazette)