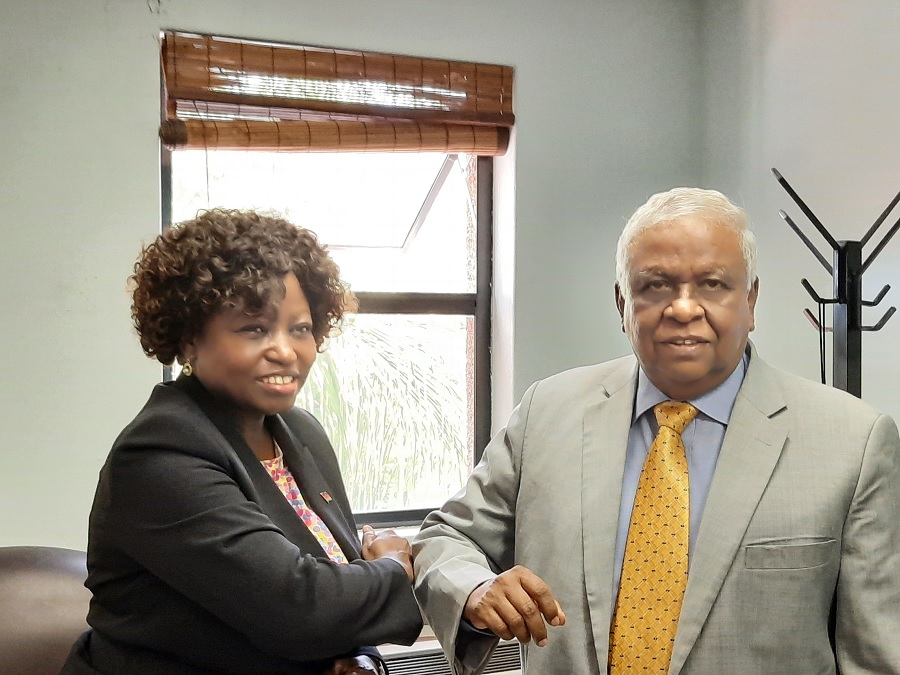 Sri Lanka has sought South Africa’s support during the upcoming session of the UN Human Rights Council (UNHRC) in Geneva.

The High Commissioner of Sri Lanka to South Africa, Siresena Amarasekara held several meetings with government officials of South Africa and envoys of countries accredited to South Africa to discuss the achievements made by Sri Lanka in matters on human rights.

At these meetings, High Commissioner Amarasekara emphasized the importance of a domestic mechanism to resolve internal conflicts within the domestic socio-political environment, rather than an imposed mechanism by external parties.

He stated that the involvement of the external parties further complicates ethnic issues, rather than resolving them.

The Government of Sri Lanka has the authority, wish, and capacity to resolve it. But due to unwarranted external involvements, the Government that resolves the problem has become the accused and is prevented from performing its task, the Foreign Ministry said.

The High Commissioner stated that after the conflict, the Government of Sri Lanka has done almost everything possible to provide relief to affected people. He also stated that due to unnecessary international pressure, the government is compelled to sacrifice its meager resources to play a defensive role. He said that if these international parties are genuinely interested in the issues of the Tamil community in Sri Lanka, they should support the government in its effort to provide relief to the affected. Encouraging the pressure groups to work with the government to find a solution is a duty of the countries that brought the resolution before the UNHRC, and assist to reduce the gap between different ethnicities in Sri Lanka, he said.

At these meetings, the High Commissioner explained that the word ‘accountability’ has no meaning if the responsible parties can’t correct the mistakes done by them and not serve the affected parties.

High Commissioner Amarasekara invited them to look into this problem from a wider perspective without depending on unfounded and fabricated narratives.

He further referred to Lord Naseby’s book and various articles written by him on the ethnic issue of Sri Lanka, revealing factually correct and impartial analysis. High Commissioner Amarasekara requested impartial African nations to encourage those parties who have been misled by biased information, to revisit the resolution against Sri Lanka with an open mind. (Colombo Gazette)