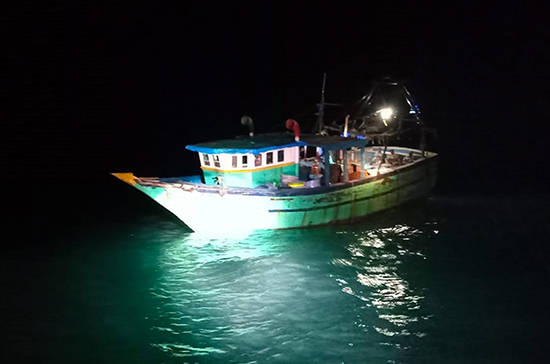 Twelve Indian fishermen have been detained by the Sri Lanka Navy for poaching in Sri Lankan waters.

The Navy said that in an operation conducted at sea north of Talaimannar last night (Saturday) the Sri Lanka Navy managed to seize 02 Indian trawlers with 12 Indian fishermen who were poaching in Sri Lankan waters.