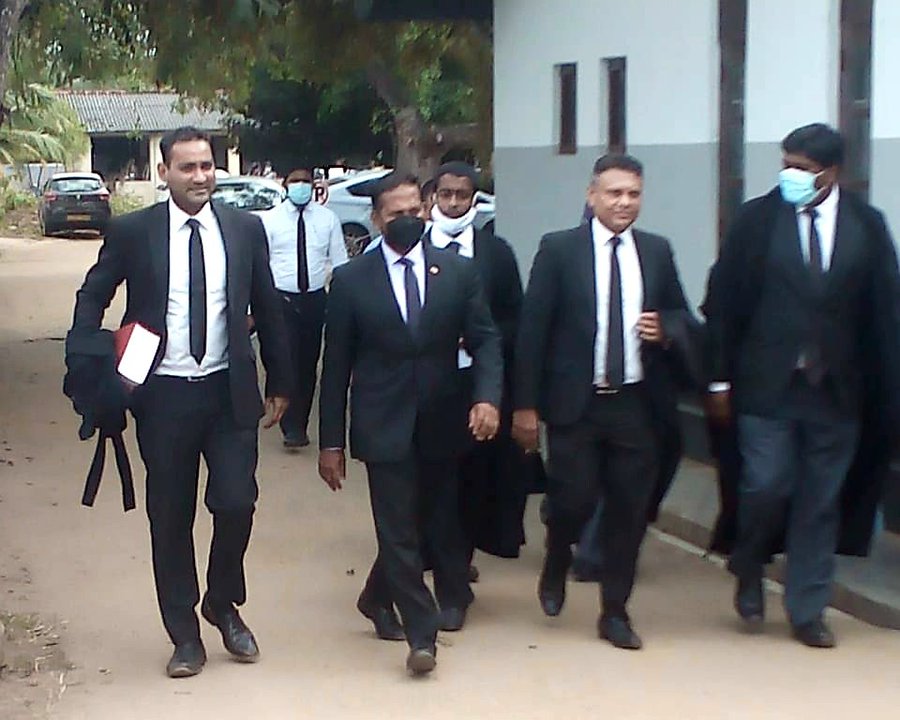 Attorney-at-Law Hejaaz Hizbullah was freed by the Puttalam High Court today after he met the bail conditions.

The Court of Appeal had this week ordered the release of Hejaaz Hizbullah on bail.

The Puttalam High Court had earlier refused to grant bail to Hizbullah.

However, the Court of Appeal ordered that Hizbullah be granted bail.

Hizbullah was arrested on 14 April 2020 by members of the Criminal Investigation Department (CID) of the Sri Lankan Police.

After initially not being informed of the reason for his arrest, the authorities later accused him in the media of aiding and abetting the individuals involved in 21 April bombings in Sri Lanka—an accusation that has since been withdrawn. The authorities later charged him with speech related offenses under the notorious Prevention of Terrorism Act (PTA).

The PTA provides authorities with sweeping powers to arbitrarily detain individuals for up to 18 months without charge, being brought before a judge, or trial, among others. Hejaaz has been denied regular, unrestricted access to his lawyers and family throughout his detention.

Amnesty International had said that he is a prisoner of conscience and must be immediately and unconditionally released and all charges against him dropped. (Colombo Gazette)