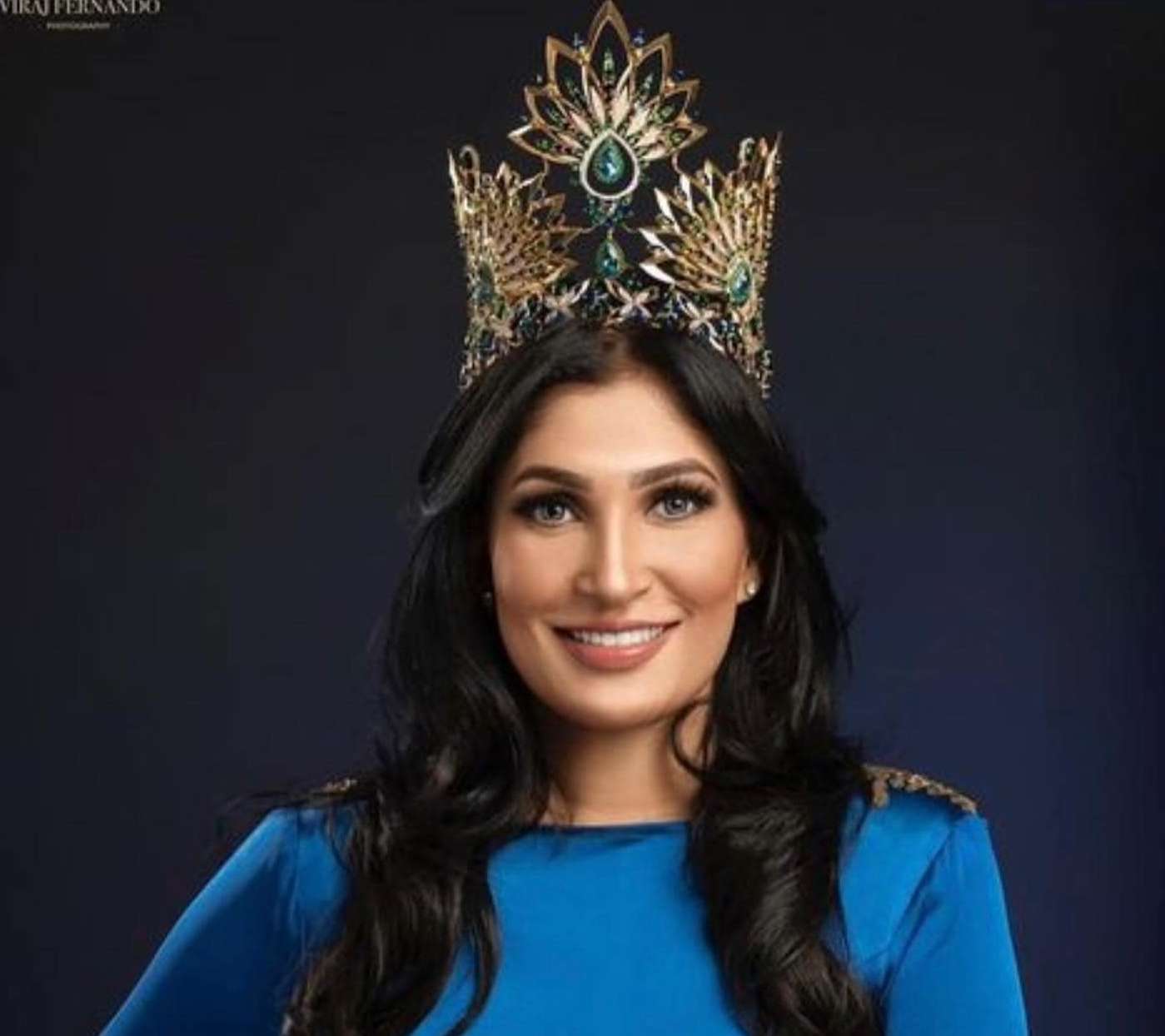 National Director Chandimal Jayasinghe said that the recent controversy surrounding Mrs. Pushpika De Silva, the 2021 title-holder of the Mrs. Sri Lanka for the Mrs. World pageant has taken a toll not only in the local sphere but also before the international community jeopardizing the reputation of Sri Lanka globally.

As a result, as the National Director of Mrs.Sri Lanka for Mrs. World, Chandimal Jayasinghe  said that he is of the belief that this conduct of Mrs. Pushpika De Silva, the title-holder of the 2021 Mrs. Sri Lanka for Mrs.World is in serious violation of the discipline and the ethical standards expected of a beauty queen.

He also said that most significantly her actions are in serious violation as an ambassador representing one’s own country in any capacity, whether being local or international.

The Mrs. Sri Lanka 2021 pageant held at the Nelum Pokuna Theatre in April last year concluded in a melee after the then reigning Mrs. World Caroline Jurie stripped the winner, Pushpika De Silva, of her crown.

The crown for Mrs. Sri Lanka 2021 was then given to the first runner-up.

However, Pushpika De Silva was later recrowned by the National Director. (Colombo Gazette) 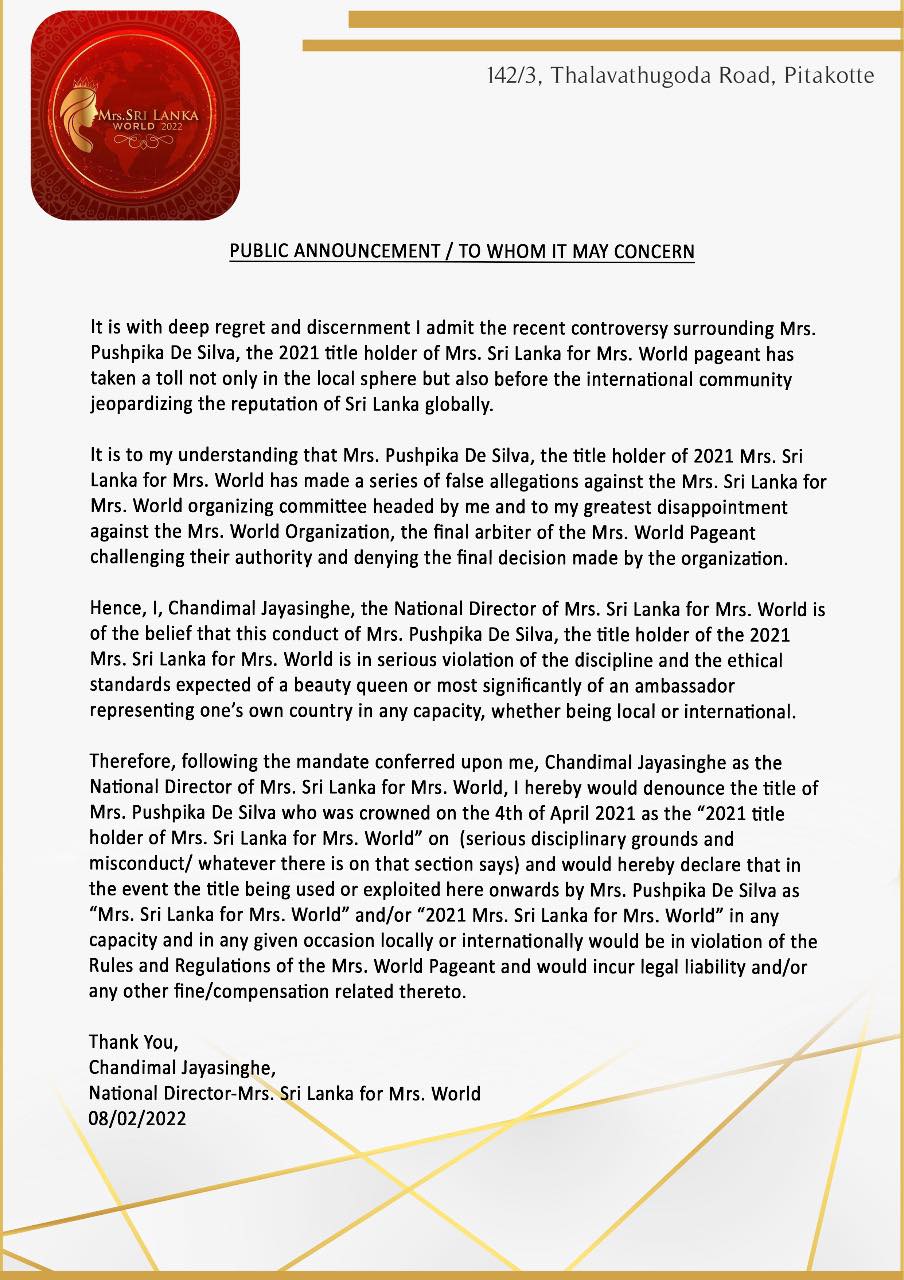