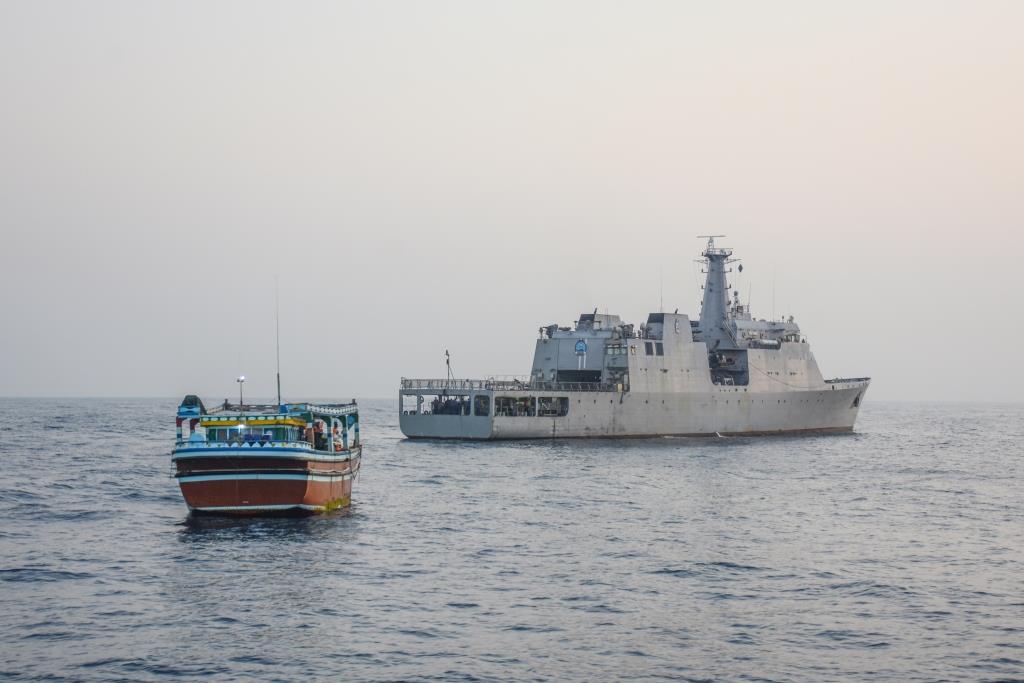 The Navy said that the arrest was made following a special operation carried out by Sri Lanka Navy in coordination with the Sri Lanka Police and intelligence agencies.

The foreign vessel was intercepted in international waters south of Sri Lanka.

The multiday fishing trawler, remaining on high seas with a view to transfer the consignment to a local fishing vessel, had dumped approximately 200kg of heroin into the sea, when it was approached by the Navy.

When the vessel was searched the Navy recovered 250g of heroin and a satellite phone.

The suspects and the foreign vessel were brought to the port of Colombo for further investigations today.

The Sri Lanka Navy has been conducting regular anti-drug operations in the waters around the island. (Colombo Gazette)