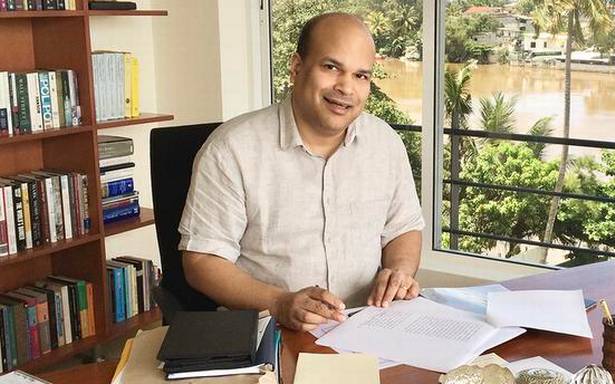 Sri Lanka is to focus on eight key areas to develop relations with India, the Sri Lanka High Commission in India said.

The High Commissioner of Sri Lanka to India Milinda Moragoda stated that it is critically important to develop eight thrust areas in moving Sri Lanka- India relations from a transactional phase to a strategic phase, in keeping with the fourth pillar of the four pillar-cooperation package announced during the recent visit of the Sri Lankan Finance Minister to India.

High Commissioner Moragoda made these remarks at a virtual event organized by the Vivekananda International Foundation, a premier think tank based in New Delhi, to discuss his policy roadmap, the “Integrated Country Strategy for Sri Lanka Diplomatic Missions in India 2021/2023”.

At this virtual event, organized as part of a series of such events to bring the Integrated Country Strategy to the attention of the Delhi-based think tanks, High Commissioner Moragoda elaborated the importance of developing the thrust areas of petroleum, electricity, ports, tourism, ICT, exports, manufacturing and agriculture to elevate the Sri Lanka- India relationship to a strategic level as envisaged in the Integrated Country Strategy.

In this context, he stressed the need to integrate the Trincomalee Oil Tank Farms and the Port of Trincomalee to the overall energy strategy of India with a view to making Trincomalee an energy hub, a move which he observed that would be beneficial to both countries.

At the beginning of the event the Integrated Country Strategy was introduced to the participants by Deputy High Commissioner Niluka Kadurugamuwa and the High Commissioner’s remarks were followed by a discussion that focused on many aspects of the bilateral relationship, including people to people contacts, connectivity, energy etc.

A large number of participants attended the virtual event. Former Ambassador of India to Iran Dinkar Srivastav, former Deputy Chief of the Army Staff Lt. General Ravi Sawhney and CEO of the Indian Ship Owners’ Association Anil Devli were also among the participants.

The session was moderated by the Vivekananda International Foundation’s Director Dr. Aravind Gupta.