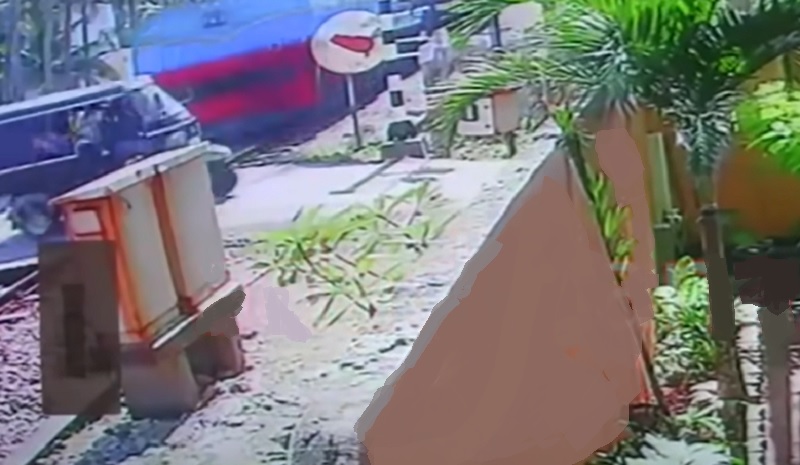 Four people were killed when a train crashed into a three-wheeler at a railway crossing in Galle today.

The accident had occurred at the Rillamba Junction in Boossa.

A man, his wife, son and daughter-in-law were killed in the accident when the speeding train crashed into the three-wheeler.

CCTV footage showed the three-wheeler crossing the unprotected railway crossing just as the train was approaching.

The impact threw the three-wheeler off the track and into a nearby concrete wall. (Colombo Gazette)