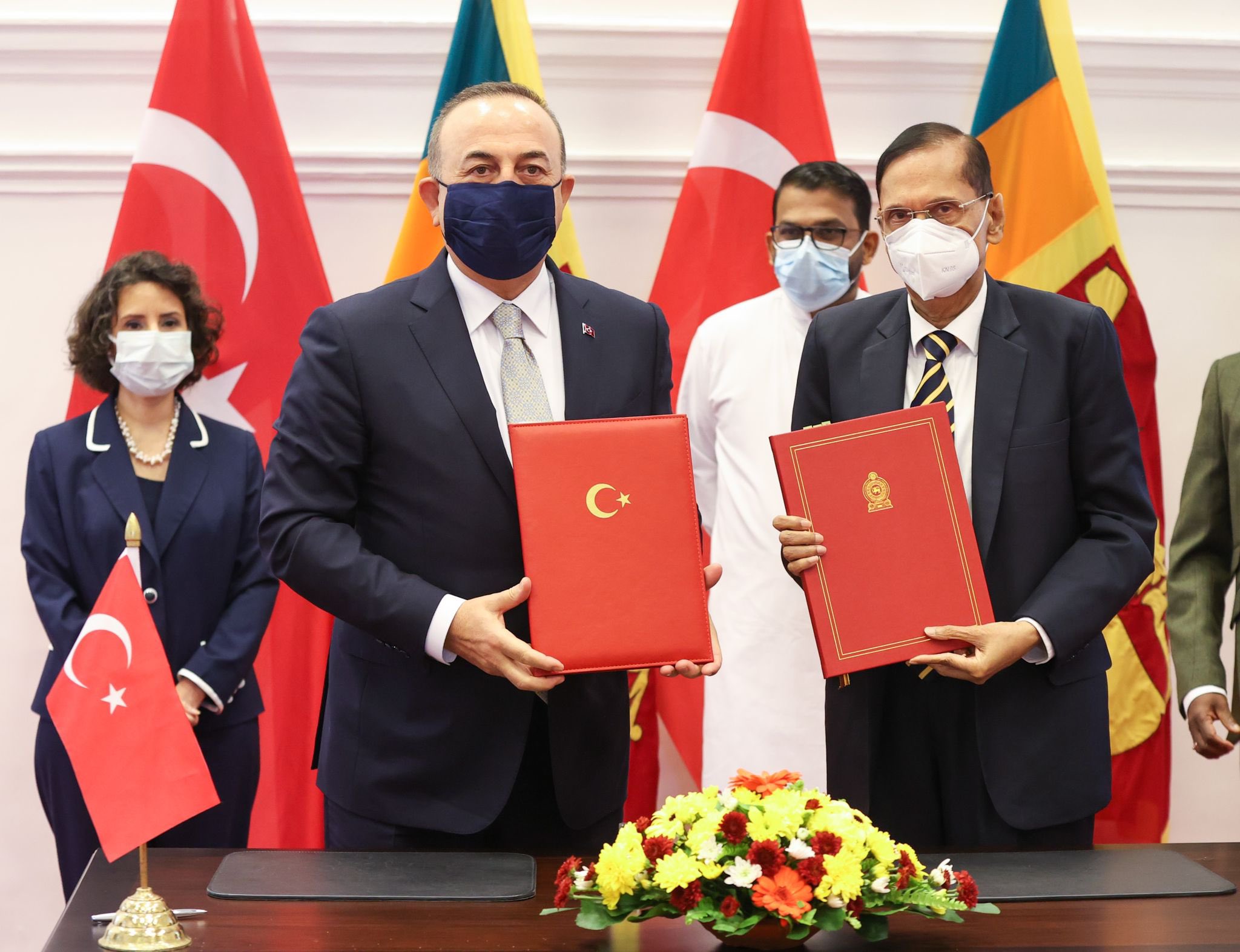 Sri Lanka and Turkey today signed an agreement on the avoidance of double taxation.

The agreement was signed during the visit to Sri Lanka by Turkish Foreign Minister Mevlüt Çavuşoğlu.

Both sides stated the common goal will be to further develop relations between both countries.

At the media briefing, Minister Çavuşoğlu underlined that Turkey would advance cooperation in the fields of trade, health, pharmaceuticals, construction and tourism. (Colombo Gazette)