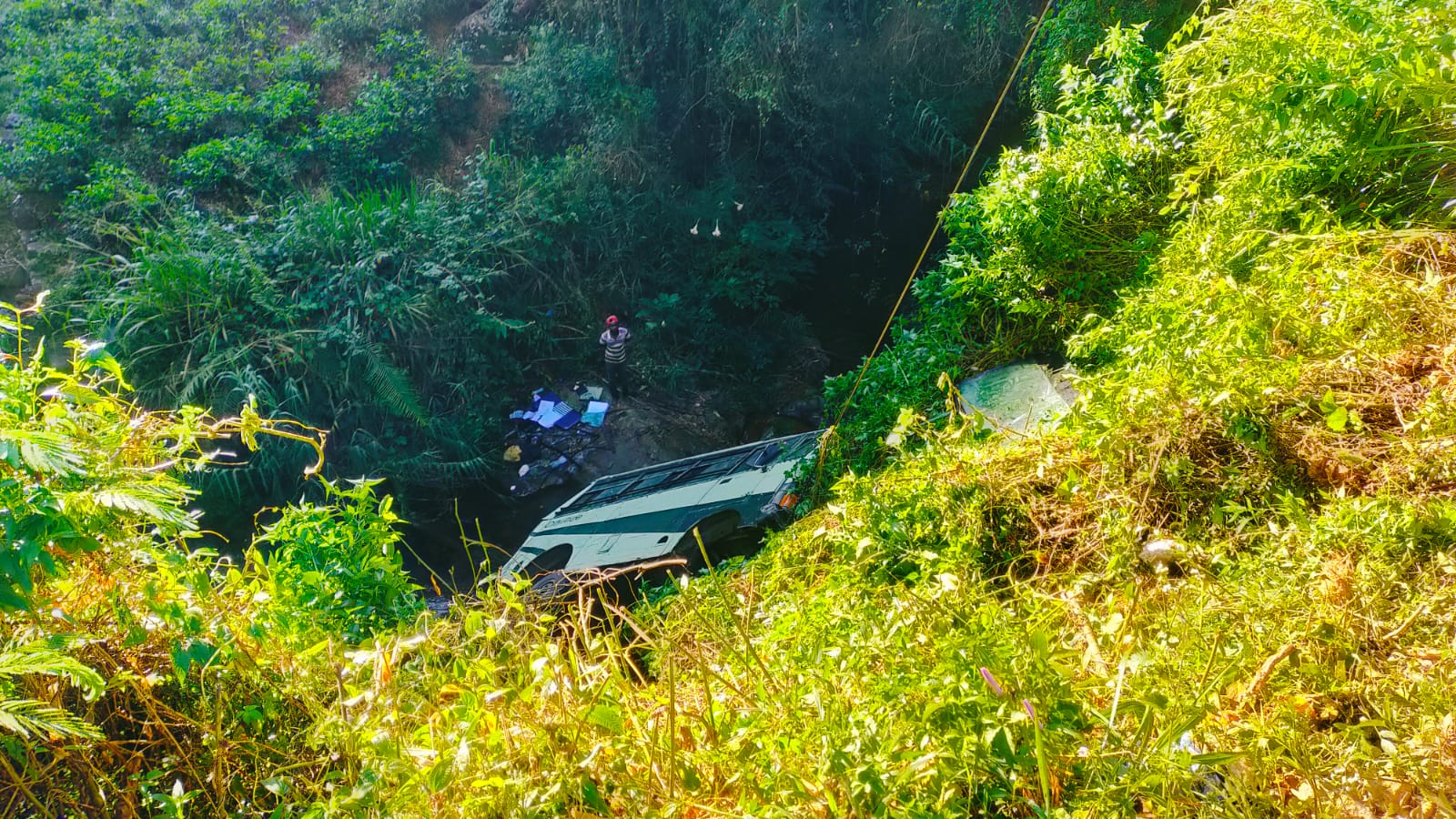 One person was killed and 16 others sustained injuries after a bus fell down a precipice in Dickoya today.

The Police said that the bus was transporting staff attached to a private company when it met with the accident.

The driver of the bus had lost control of the vehicle and it plunged at least 30 feet down the precipice.

The victim was identified as a 62-year-old resident of Dickoya.

The injured were admitted to the Dickoya hospital for treatment.

The Police arrested the driver of the bus over the accident and investigations are underway. (Colombo Gazette)