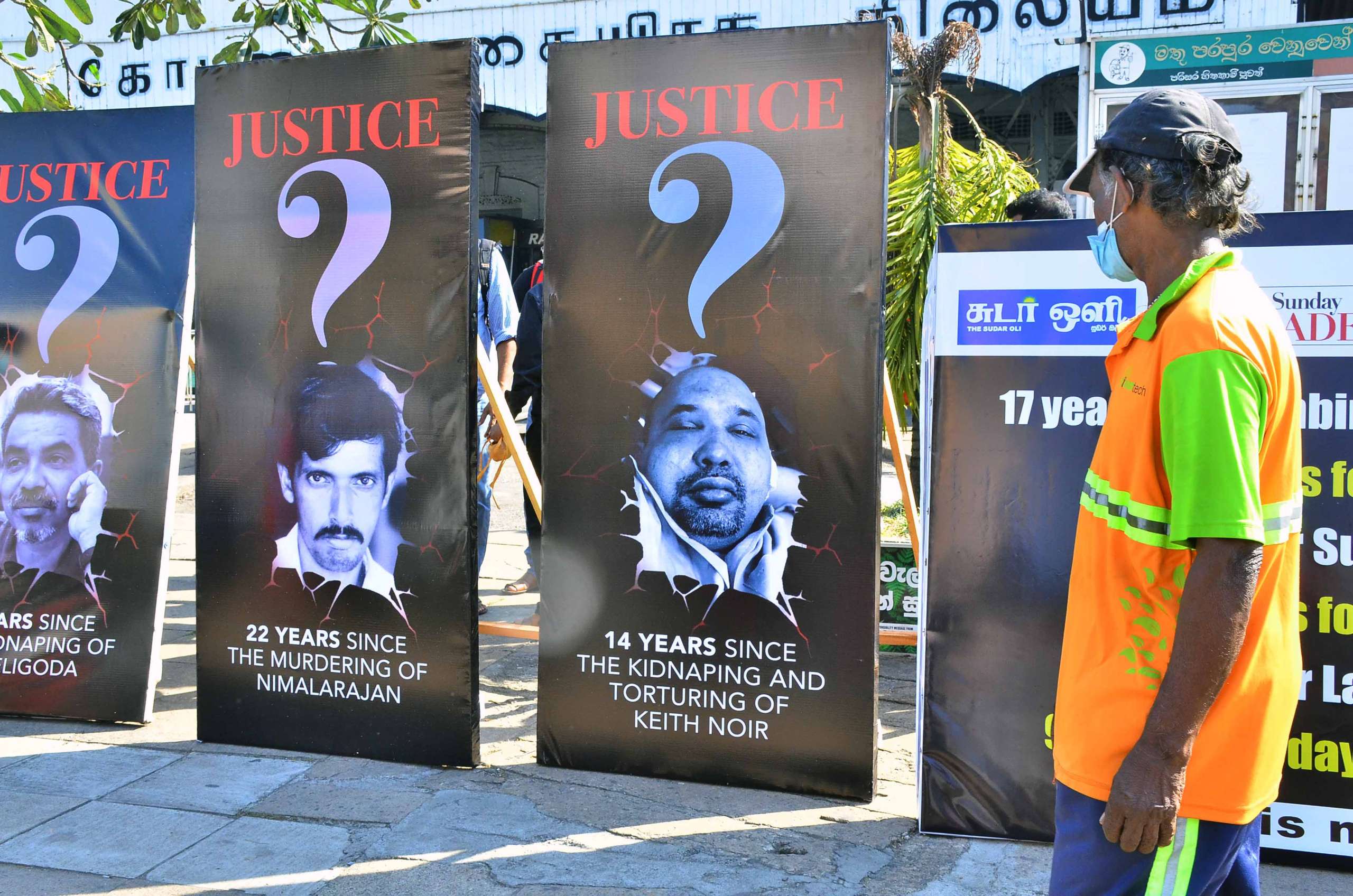 Journalists in Sri Lanka marked ‘Black January’ today as impunity over crimes committed against a number of journalists and media institutions continues.

A demonstration was staged in Fort today to draw attention to the killing of journalists in Sri Lanka.

Leaflets were distributed to the public calling for support to ensure justice for the journalists killed and attacked in Sri Lanka in the past.

Journalists have been calling on the Government to take meaningful action to investigate journalist killings and disappearances on the annual ‘Black January’ commemoration on January 28.

The International Federation of Journalists (IFJ) and its Sri Lankan affiliate, the Free Media Movement have urged the Government in Sri Lanka to end a dark history of impunity for crimes against journalists in the country.

Between 2005 and 2015 dozens of journalists were reported killed, abducted and tortured and at least 60 fled the country out of fear with most still currently living in exile. (Colombo Gazette)

SLPI concerned over safety and security of journalists in Sri Lanka

Media Minister asserts Sri Lanka is not a Police State