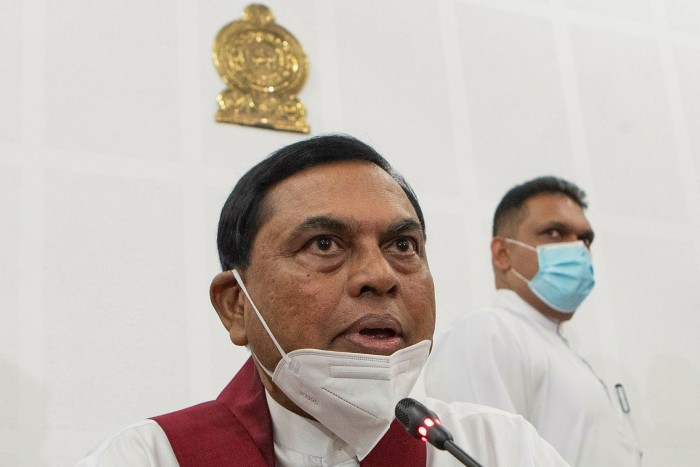 Sri Lanka is in talks with bondholders to avoid default and is also now considering discussing a deal with the International Monetary Fund (IMF), Finance Minister Basil Rajapaksa has said.

He told the London Financial Times that Sri Lanka is looking at all options to avoid default and alleviate the economic crisis.

“We have [international sovereign bonds] which we have to repay back, so we are negotiating with them. Then we have creditors and we have to service their debt, so whether we can have an adjustment or some type of thing,” he said.

Rajapaksa added that the Government would “think about a programme with the IMF . . . All those discussions are going as well.”

The Government had recently said that it is unlikely to seek a bailout from the IMF.

Most members of the Cabinet did not support seeking financial support from the IMF.

A majority in the Cabinet are against the pre-conditions expected to be proposed by the IMF for the funding.

IMF’s mission chief for Sri Lanka, Masahiro Nozaki had told Daily Mirror via email in late December that the staff is still ready to discuss the option if requested.

Nozaki said a staff team from the IMF visited Colombo from December 7–20 to conduct the 2021 Article IV consultation with Sri Lanka. (Colombo Gazette)