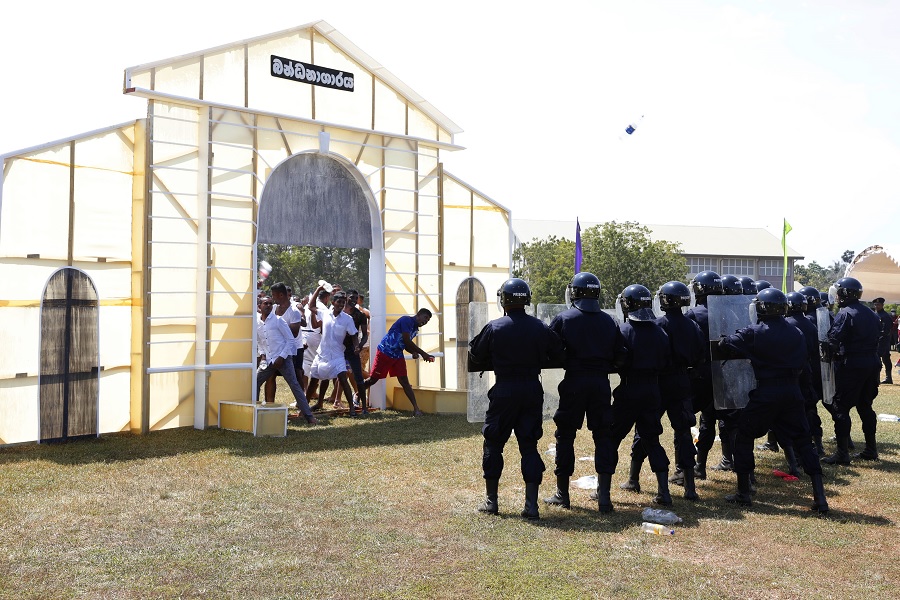 The Sri Lanka Prisons Emergency Action and Tactical Force (SPEAT Force), consisting of former members of the tri-forces, was launched today to combat violence in prisons.

The Ministry of Defence said that SPEAT Force was introduced to thwart corruption and misconduct in prisons and to control such issues in a more transparent approach.

“The concept of SPEAT Force was brought to the Department of Prisons, while introducing reforms to the prisons and correctional system and their intelligence units under the directives of President Gotabaya Rajapaksa, in keeping with the National Policy Framework, ‘Vistas of Prosperity and Splendour’ which assures to build a secure country, disciplined, virtuous and lawful society,” the Defence Secretary said.

Gunaratne graced the inaugural passing out parade ceremony of the SPEAT Force as the Chief Guest at the Centre for Research and Training in Corrections at the Angunakolapelessa Prison today.

Addressing the gathering, Gunaratne said that plans are afoot to enlist 500 personnel into the SPEAT Force and today’s passing out of 194 members marks the initial stage.

“This prison jailor cadre comprised of former tri-forces members, those who have discharged from the service completing their initial engagement, following an unblemished service,” he said.

Addressing the newly passed out SPEAT Force members, the Defence Secretary said that they were recruited and trained owing to their inherent discipline, courage and dedication. (Colombo Gazette)