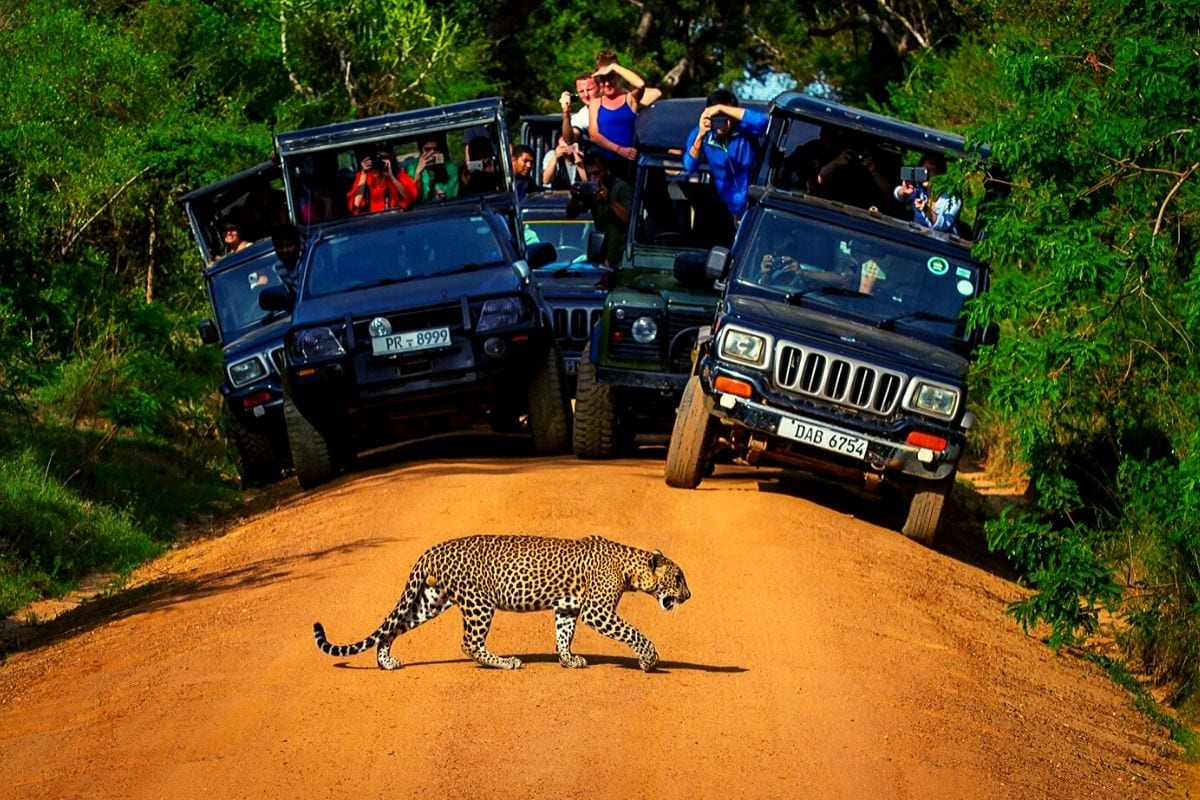 Wildlife in Sri Lanka is at risk owing to an internal battle with some senior officials even refusing to take instructions from the subject Minister, Daily Mirror learns.

An incident at the Yala National Park this week involving a tusker and safari jeeps is believed to be as a result of a failure by officials to implement instructions given to properly manage the number of vehicles entering the park at a given time, sources revealed.

The tusker was harassed by safari jeep operators in Yala when the animal came face-to-face with some vehicles along its path.

A video taken by one passenger showed a number of jeeps blocking the path of the elephant and paving the way for what could have been a deadly incident.

Video footage published on Daily Mirror showed a cracker been thrown as the elephant approached, in an attempt to chase the animal away. The elephant ran into the jungle as a result of the cracker.

Activists suspected that the elephant was ‘Sando’ which was harassed by a safari jeep operator last year as well.

Minister of Wildlife and Forest Conservation C.B. Rathnayake told Daily Mirror that he had ordered an investigation into the incident.

However, sources told Daily Mirror that most of the instructions given by the Minister are disregarded.

Sources claimed that officials in charge of the Yala park had disregarded instructions given earlier to properly manage the number of vehicles allowed inside the park.

Daily Mirror also learns that investigations launched into some incidents reported earlier at wildlife parks have not been completed.

Sources said that some senior officials have decided to take instructions from the State Minister of Wildlife Protection Wimalaweera Dissanayake and not the Cabinet Minister.

Daily Mirror also learns that some wildlife officials are acting in defiance to the instructions issued by either the Minister or State Minister.

According to sources, the issue is placing the lives of animals at the National parks at risk as no one is taking full responsibility.

When asked by Daily Mirror, Minister Rathnayake said that there was an issue stemming from the gazette issued on the duties and functions of the Ministries.

The Minister also admitted that some officials were disregarding his instructions and he hopes to deal with the matter soon.  (Courtesy Daily Mirror)