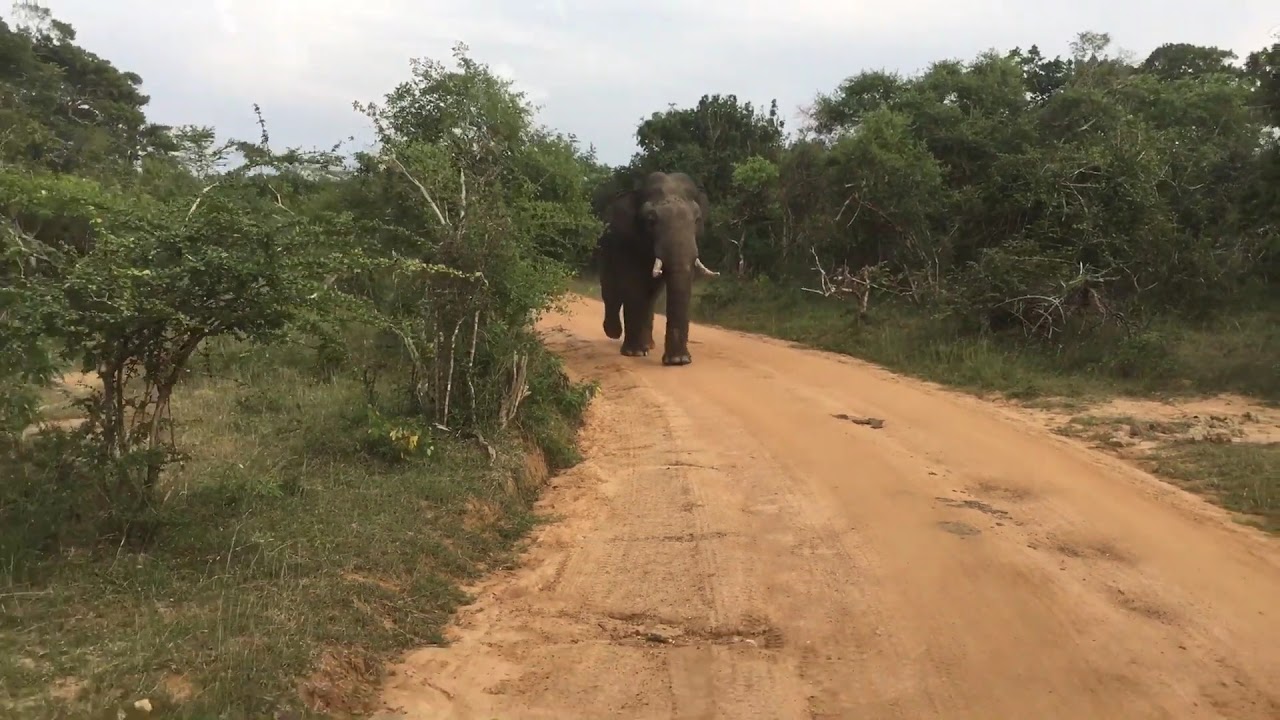 A tusker was harassed by safari jeep operators in Yala yesterday when the animal came face-to-face with some vehicles along its path.

The jeeps had been travelling with a number of local and foreign tourists when the elephant was seen along the route.

The drivers began to toot their horns as the elephant approached instead of trying to let is pass, as is usually done.

A video taken by one passenger showed a number of jeeps blocking the path of the elephant and paving the way for what could have been a deadly incident.

Video footage published on Daily Mirror last night showed crackers been thrown as the elephant approached, in an attempt to chase the animal away. The elephant ran into the jungle as a result of the crackers.

Activists suspected that the elephant was ‘Sando’ which was harassed by a safari jeep operator last year as well.

The driver of that jeep was subsequently arrested over his reckless behavior and was produced in court and fined. (Courtesy Daily Mirror)

Incidents at Yala National Park to be looked into