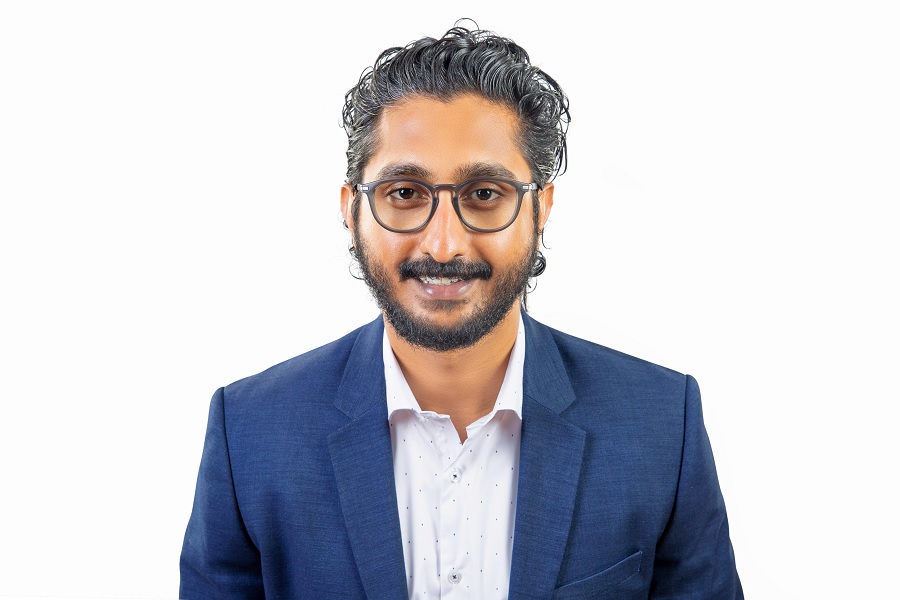 A data scientist and tech entrepreneur by profession, Dilan Jayasekara has carved a name for himself as one of the foremost innovators and disruptors in his field. His ascendency to becoming one of the most sought-after data science professionals in the Asia Pacific, took perseverance, patience and passion intertwined with vision, dedication and relentless pursuit for many years.

The 28-year-old Dilan Jayasekara is the only Sri Lankan who has migrated as an international student to have received a nomination at the Australian Computer Society’s Digital Disruptor Awards among 4 finalists in the category of ‘Emerging ICT Professional of the Year’. A mega feat that’s no small achievement.

Jayasekara’s humble beginnings saw him start his career as a Junior Software Developer, alongside undertaking his Bachelor’s degree in Sri Lanka. Dilan transitioned from software development to web development and after graduation sought his formal education, honed his work experience and built his contact base in Sri Lanka and became a respected ICT professional.

Dilan got married and migrated to Australia with his wife Tara, where soon after he obtained his Masters in IT from Charles Sturt University. His exposure to business intelligence and data science attracted him to that professional world and Dilan took a strategic leap into the data science sphere by securing an internship at Family Life, which led to a full-time job opportunity at Pitcher Partners Australia. He built proverbial brick by brick, and layer by layer, widening his skillset and perspicacity in becoming a truly top-notch data evangelist.

His nomination as ‘Emerging ICT Professional of the Year’ is a milestone accomplishment. The fact that he is a Sri Lankan who migrated to Australia and achieved this on his own terms makes it all the more impressive.

Dilan is spearheading the movement of next generation data evangelist professionals in Australia. Nominated for the award in mid-October 2021, the nomination recognises Dilan as a Bona Fide disruptor and data analyst, making him the first individual who has migrated to Australia as an international student to be nominated as a finalist for any of the categories or awards. He is also the first Sri Lankan ever to be nominated as a finalist in the ‘Emerging ICT Professional of the Year’ category.

However, Jayasekara’s rise to the epitome of his field as a respected and highly accomplished data evangelist did not transpire overnight. It came with great effort, persistence and hardship. He had to work tirelessly, day in and out to build himself up as a stranger in a brave new world – while English was a second language to him once he migrated to Australia. Yet with virtue and purposeful dedication Dilan took his time to hone his skillsets, to tap into the vein of data science and become a major player as an adept data analyst with a penchant for business intelligence and next generation digital disruptor.

Dilan enhanced his capabilities, competencies and strengths by expanding his experience in other fields that would add value to his data science journey; from amassing entrepreneurial expertise to public speaking, from collaborating and getting involved in creating his own music to getting involved in philanthropic roles with a goal to aid start-ups and young entrepreneurs impacted by the global Covid pandemic – he has embraced an array of pursuits that compliment his career trajectory, thereby formulating a winning model for self-evolution and growth in a dynamic tech dependant world that ensues to evolve constantly.

In fact, it is Dilan’s own personal experiences in Sri Lanka, growing up in an island rife with a 30-year civil war that devastated the nation, sporadic bomb blasts, tsunamis and severe political unrest that has ingrained a sense of selfless drive and impetus in him to always lend a helping hand, professional consultation and steadfast support to those in need. Something he did with meticulous vehemence during the pandemic when many an enterprise and business was crippled by lockdowns, deadly variants, rampant complications in the business climate and economic uncertainty.

This here is a man with a firm finger on the pulse of big data, machine learning, business intelligence, data analysis and disruptive technologies with an all-round set of talents proving he is a multi-faceted mover and shaker who adds incredible value to organisations, brands and businesses.

“When I arrived in Australia, everyone I met tried to convince me to just get a casual job at McDonalds and do UberEATS delivery to earn money, to have a comfortable life instead of striving for more. But I chose a different path. I want to be able to tell students, especially those who have migrated, that if they are willing to take a step outside of their comfort zone and start chasing their dreams, with hard work, strategy and disciplined focus that their dreams will eventually come true.”

Dilan’s drive and ambition to inspire and motivate others like him; those migrants, foreign students and seekers of professional occupations from other countries has been a central cornerstone of his professional ethos. One of Dilan’s passions is to make the numerous benefits of Data Science accessible to the masses. He believes there is an incredible opportunity for small business owners to think and behave innovatively to grow their business by leveraging patterns revealed through sedulous data analysis.

His undisputed discipline and emphasis on following your dreams with commitment and perseverance without compromise has resulted in this gargantuan achievement, this brilliant life event and milestone of receiving an international nomination in a globally recognized award ceremony for future thinkers and visionaries in the tech sphere.

The finals will take place on Wednesday the 23rd February 2022 at the Hilton Hotel in Sydney. The winners will be revealed during the gala dinner following the Australia Computer Science Thought Leaders’ Summit 2022.

Dilan Jayasekara will continue to go places, soaring to unprecedented terrain. This is only the first of many more milestones he is bound to achieve in time. We wish him our heartfelt congratulations on the nomination, for putting Sri Lanka on the global digital tech and hope he bags the award as the ‘Emerging ICT Professional of the Year’ at the ACS Digital Disruptor Awards because he truly is one of a kind, a beautiful soul, a brilliant mind and absolutely deserves it.