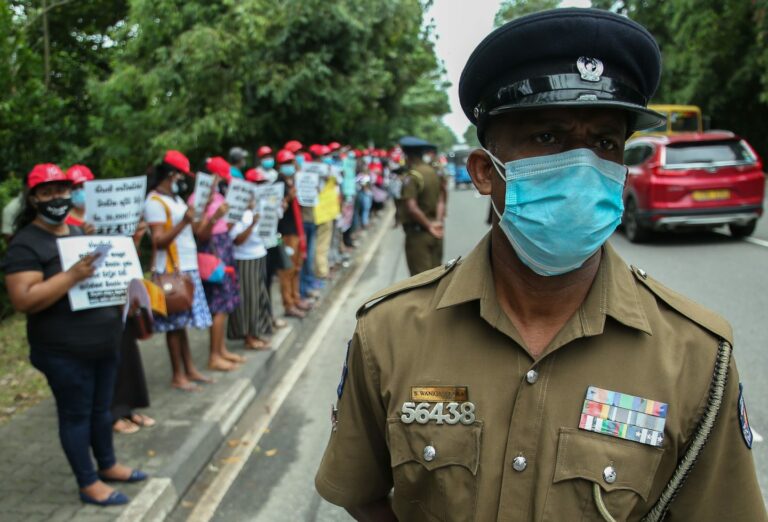 The UK Government may ­continue training police officers in Sri Lanka despite Police Scotland pulling out of the contract amid escalating concern around human rights abuses.

Human rights campaigners and politicians had urged the Scots force to stop the training programme when survivors, who endured rape, electric shocks and torture while being held by Sri Lankan police, told of their ordeal after fleeing to Scotland.

Police Scotland, which had insisted its long-standing contract had improved the standard of policing in Sri Lanka, dropped the training contract last month but the UK Government has now signalled its willingness to resume the programmes with another force.

A letter from the Foreign Office said: “Police Scotland’s decision does not mean that there will be no future programme of UK-funded support to the Sri Lankan police. The British High Commission is considering its approach to any future programme and the ongoing review will be taken into account alongside a number of other factors. We continue to engage with the Government of Sri Lanka on these important issues.”

However, Frances Harrison of the International Truth and Justice Project said: “The news is deeply disappointing. When Police Scotland announced it would not continue with its contract, it sent out a powerful statement and showed the UK was taking a stand against the abuses going on in Sri Lanka. But this opens the door once again.”

Torture victims told The Sunday Post last year of abuse suffered after being snatched off the streets in Sri Lanka by police and special forces. They endured days of waterboarding, electric shocks, being burned by cigarettes and branded, and were sexually assaulted repeatedly by their captors.

Scottish politicians are planning to invite survivors to Holyrood to hear the victims’ experiences first-hand, and MSP Mercedes Villalba criticised the UK Government.

“There is no evidence to suggest previous support from British police helped improve human rights in Sri Lanka,” she said. “In fact, there have been reports that abuses ‘surged’ during the pandemic. It is therefore inexcusable for the UK Government to countenance further support for Sri Lankan forces. ”

Scottish Conservative Shadow Social Justice Secretary Miles Briggs said: “This is simply unacceptable and I will be writing to the Foreign Commonwealth and Development Office to ask for clarification.”

The FCDO said: “All of HMG’s security engagement in Sri Lanka is subject to ongoing Overseas Security & Justice Assistance review assessments to ensure it supports UK values and is consistent with our human rights obligations. Our police training programme in Sri Lanka is undergoing a review due to the broader human rights situation.

“The Foreign Secretary raised the importance of upholding human rights when she met with Foreign Minister Peiris on October 26.” (Courtesy The Sunday Post)