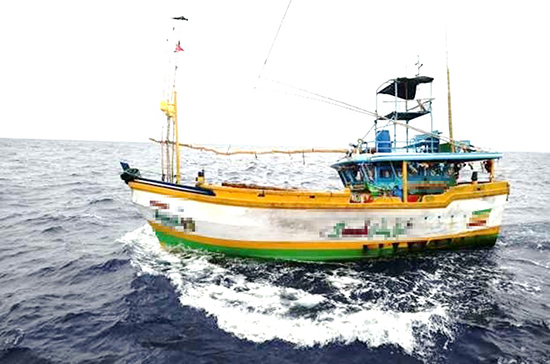 Two trawlers have been seized by the Sri Lanka Navy with heroin worth over Rs. 3300 million.

The trawlers were seized during a special operation conducted by the Navy in international waters, south of Sri Lanka.

The Navy said that 11 Sri Lankans were arrested during the operation.

The special operation was carried out by the Offshore Patrol Vessel SLNS Samudura, based on a coordinated intelligence operation of the Navy Intelligence, State Intelligence Service and Police Narcotics Bureau.

Meanwhile, the Police Narcotic Bureau arrested another five suspects in connection with a drug racket operating on land and is in search for more suspects. Information has also been received that the mastermind of the racket is based in Dubai. (Colombo Gazette)