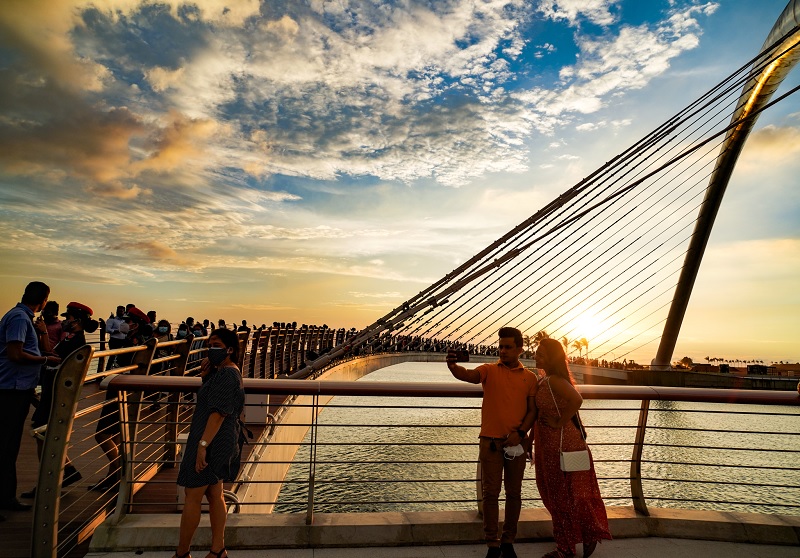 Port City Colombo today insisted that there is no truth to social media posts alleging that the public needs to pay a fee for personal selfies or videos taken at Port City.

However, a payment structure was introduced for personal events, professional and/or commercial filming and photography due to the unprecedented number of such requests received from the public and private sector to use the newly opened Port City Marina Promenade.

“It has also been brought to our attention that such filming/photography was a hindrance, and violates the privacy of other visitors to the promenade,” Port City Colombo said.

Port City said that taking public safety and ongoing construction in to consideration, the payment structure and dedicated time periods were introduced for anyone wishing to engage in such professional filming or photography at Port City to avoid hindrance to the public and provide a better service for those who require it. The Marina Promenade is open to the public from 9am to 6pm daily. Paid filming and photography can be carried out before 9am or other time periods as requested.

“We wish to emphasize that this is not applicable for those wishing to take personal pictures, videos, and selfies inside Port City using their personal phones or cameras. Also, reputed social or mainstream media stations can freely carry out filming/ photography for news or current affairs (non commercial purposes) inside Port City with prior approval from relevant departments,” Port City Colombo said.

Port City Colombo said that charges will only be applicable for filming/ photography of personal ceremonies, weddings, product or fashion promotions, music videos, advertisements or other types of commercial filming. Income received from these will be used for the maintenance of public spaces, lavatories and garbage clearing done by the Estate Management Company (EMC) which manages the public areas of Port City Colombo.

Areas of Port City such as the Marina, Golf Range, Beach Park and ATV Track are managed by private operators on a paid basis since they commenced operations. (Colombo Gazette)