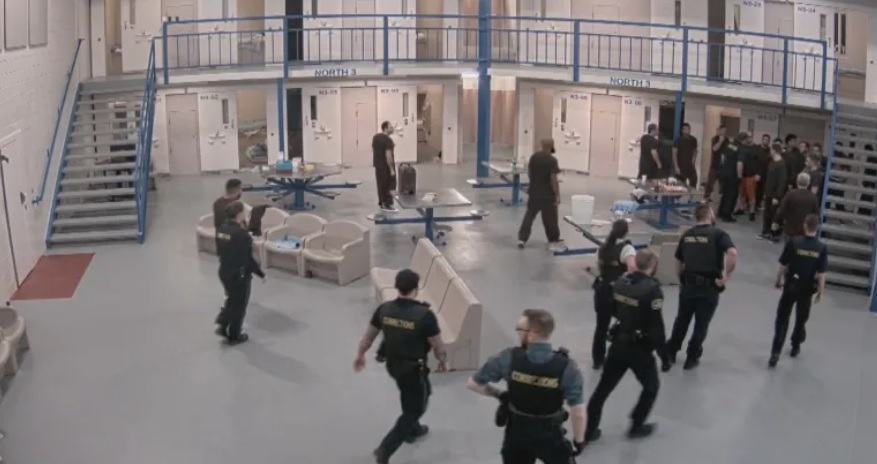 A Sri Lankan inmate in Canada is facing deportation for blocking prison guards who attempted to stop another inmate from being assaulted.

The 42-year-old man who helped block guards trying to stop the beating of an inmate at a Dartmouth, N.S., jail two years ago has been sentenced and could face deportation to Sri Lanka, a country he hasn’t seen since he was a teenager, CBC reported.

Geevan Nagendran was handed a five-month jail term Thursday in Nova Scotia Supreme Court, but has already served much more time than that in custody while his case made its way through the system.

He is not being released from jail, however. Nagendran, who came to Canada as a refugee, is being held while immigration authorities determine whether he’s a risk to others and should be deported.

Nagendran was one of 15 inmates accused of taking part in an assault at the Central Nova Scotia Correctional Facility, better known as the Burnside jail. An inmate, Stephen Anderson, was attacked on Dec. 2, 2019, shortly after he’d been admitted to the jail. Anderson suffered serious injuries, but has since recovered.

In sentencing Nagendran, Justice Jamie Campbell said there was no evidence the man knew about the beating in advance.

The judge found Nagendran formed part of a human wall that prevented guards from intervening until the beating was finished. He was convicted of obstruction for his role, while 12 other inmates have each been convicted of aggravated assault.

The case of a 14th inmate is still making its way through the courts, while a 15th man is asking to be released on bail following a terminal cancer diagnosis.

Nagendran was in the Burnside jail on what’s called an immigration hold. He had completed a sentence for a previous criminal conviction but was being held while authorities decided whether to deport him. Nagendran has prior convictions for offences including trafficking in opium and heroin.

He has faced deportation in the past, but his case is complicated by the fact he is a convention refugee, with what Campbell referred to as a “well-founded” fear of persecution if he’s returned to Sri Lanka.

Campbell said whatever sentence he gave Nagendran would likely be a factor in whether he’s deported.

“The court should not place its finger on the scale of the immigration process,” Campbell said. “Sentencing should not be adjusted to allow the judge in the criminal sentencing to assume de facto jurisdiction over immigration matters.”

Campbell said the five-month sentence is within the range of what can be imposed for a conviction on an obstruction charge, and he noted that Nagendran had already served more time than could legally be imposed for such a conviction. (CBC / Colombo Gazette)