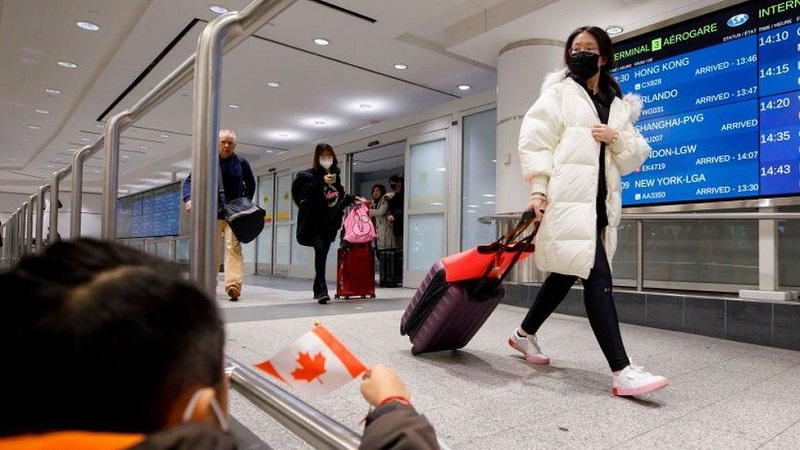 Sri Lanka has raised objections to the latest Canadian travel advisory saying it includes erroneous and outdated information and does not reflect the actual situation in Sri Lanka.

The Foreign Ministry said that its attention has been drawn to the Canadian Travel Advisory on Sri Lanka issued on 13 January, 2022.

“There are flawed references to the economic and security situation in country as well as inaccurate information with regard to the safety and security of female travelers and harassment of foreigners. As such, the Ministry has taken steps to apprise the Canadian authorities of ground realities,” the Foreign Ministry said.

The Foreign Ministry said that Sri Lanka has successfully overcome the immediate challenges posed by the COVID-19 pandemic, and is now in a state of normalcy with all public service, corporate and business, and education activities functioning normally without interruption, in accordance with COVID-19 health and safety guidelines.

The nationwide inoculation programme has been commended by the World Health Organization (WHO) and almost 90% of the eligible population has received both doses of the COVID-19 vaccine. A campaign has been launched to provide the booster dose to the population above 20 years of age.

Despite the pandemic, Sri Lanka has received several international accolades in the tourism industry including CNN’s “Where to Travel in 2022”; the Global Wellness Institute; Conde Nast Traveler 2021 Reader’s Choice Awards as well as other endorsements received previously in 2019 by Lonely Planet and the National Geographic Travel.  GoSL looks forward to more tourists visiting Sri Lanka from Canada and elsewhere with the gradual normalization of travel globally.

“It is important to note that even though Sri Lanka’s economy has been affected by the COVID-19 pandemic, the country is making every endeavor to reinvigorate its economy this year, through the implementation of prudent policies. Food security and law and order are the topmost priorities of the Government, and the availability of all essentials is considered as a vital part of the Government’s functions. As such high priority is given to ensuring that all essential items continue to be available to the public at all time and there are sufficient stocks of food items,” the Foreign Ministry said.

With regard to the security situation, the Foreign Ministry said that the Government maintains minimum presence of military in the North and the East to ensure security and stability in keeping with national security imperatives and this is similar to such presence elsewhere in the country.

“There is no arbitrary arrest and detention of persons by the police or security forces.  Since the end of the terrorist conflict in 2009, security forces have conducted a comprehensive demining operation in the North and East, with technical support of several foreign Governments and international agencies. The Advisory states, that ‘there is a threat of terrorism’ and that ‘further attacks cannot be ruled out’. It is notable that since the election of President Gotabaya Rajapaksa in November 2019 the Government has taken all necessary measures to ensure public safety and national security throughout the country, to prevent any resurgence of terrorism. It is noteworthy that during this period, there has not been even a single terrorist related incident in Sri Lanka, due to the enhanced vigilance and proactive measures taken by the relevant security authorities,” the Foreign Ministry added.

The Foreign Ministry further noted that Sri Lanka is a multi-ethnic, multi-religious and multi-cultural country with a rich, cosmopolitan heritage where different communities have peacefully co-existed over centuries.

“There is no civil unrest in the country. Sri Lanka has a long democratic tradition with strong institutions, and a vibrant civil society. Freedom of association and assembly are safeguarded with peaceful demonstrations occurring in Sri Lanka as in any other country where liberal democratic norms and traditions prevail. The police have allowed and continue to allow such peaceful demonstrations to take place unimpeded. These demonstrations do not in any way hinder the comfort, movement, safety or activities of tourists,” the Foreign Ministry added.

The Government also said that specific attention is being paid to the safety and security of women tourists with measures taken to strengthen the presence of police, including tourism police, island-wide in all regions.

Under this programme, police presence is being increased in all popular tourist destinations of the country with greater presence of women police officers in police stations. Emergency numbers of tourist police regional units, local police, and other emergency units such as hospitals, are available online to be accessed by travelers to Sri Lanka. (Colombo Gazette)