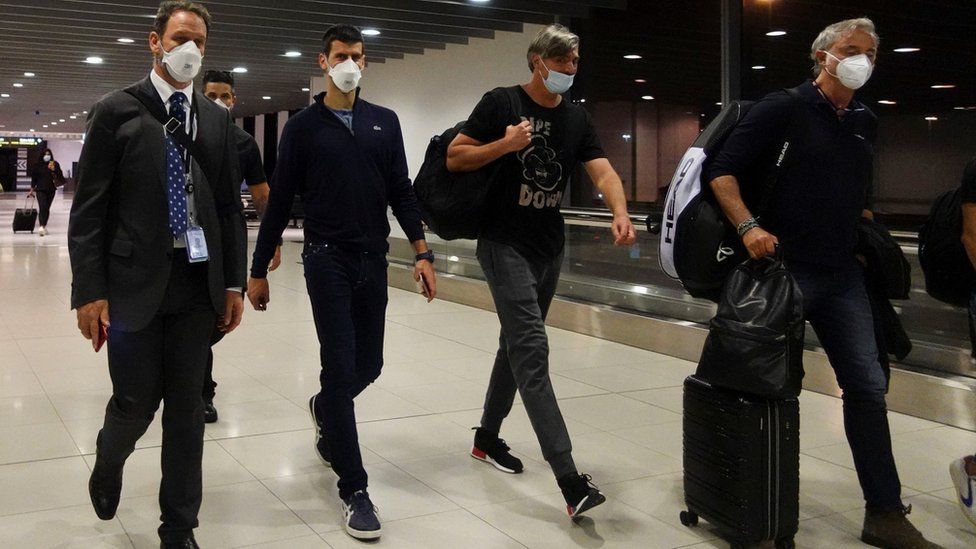 Novak Djokovic has been deported from Australia after losing a last-ditch court bid to stay in the country.

Judges rejected a challenge by the unvaccinated tennis star after the government cancelled his visa on “health and good order” grounds.

Djokovic said he was “extremely disappointed” but accepted the ruling. He has left on a flight to Dubai.

It marks the end of a 10-day saga, in which the Serb fought to stay to defend his title in the Australian Open.

Djokovic’s supporters fell silent outside the courtroom as the decision was announced on the eve of what would have been his opening match in the tournament. One fan told the BBC her summer would be “empty” without the 34-year-old playing at the Open.

Australian Prime Minister Scott Morrison welcomed “the decision to keep our borders strong and keep Australians safe” but his government faces criticism at home and abroad for its handling of the affair.

Djokovic launched his case after Immigration Minister Alex Hawke used his powers to cancel his visa, arguing his presence in the country risked fanning anti-vaccine sentiment.

During Sunday’s court hearing before a three-judge panel, Djokovic’s defence unsuccessfully argued that the grounds given by the government were illogical because to deport the star also risked fanning anti-vaccine sentiment.

Chief Justice James Allsop said the court ruling was based on the legality of the minister’s decision, not on whether it was the right decision to make.

He promised to release the full reasoning for the ruling in the coming days.

There has been much public anger in Australia over the player’s attempt to enter the country without being vaccinated against Covid-19. The federal government has repeatedly said people must comply with the strict laws in place to deal with the pandemic, and that no-one is “above the law”.  (Courtesy BBC)