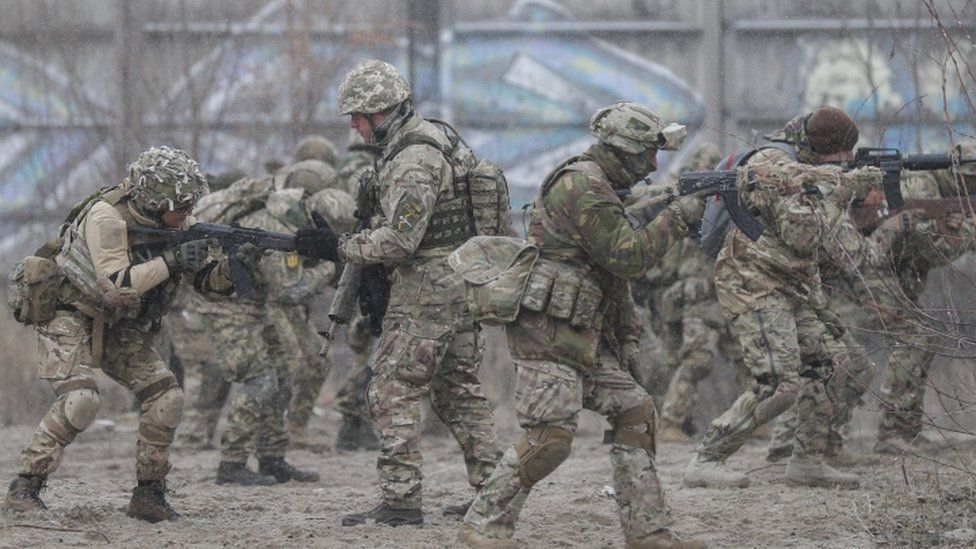 Russia is plotting to stage acts of provocation to create a pretext to invade Ukraine, a US official has said.

A Pentagon spokesman said Russian operatives were planning a “false-flag” operation, to allow Moscow to accuse Ukraine of preparing an attack. Russia has dismissed the claims.

It comes after a week of US-Russian talks aimed at defusing tensions.

Ukraine on Friday accused Russia of being behind a cyber-attack on dozens of official websites.

Before the sites went offline, a message appeared warning Ukrainians to “prepare for the worst”. Access to most of the sites was restored within hours.

The US and Nato condemned the attack and have offered support to Ukraine. Russia has not commented on the hack.

Pentagon spokesman John Kirby told reporters on Friday about what he said were Russia’s plans.

“It has pre-positioned a group of operatives to conduct what we call a false-flag operation, an operation designed to look like an attack on them or Russian speaking people in Ukraine as an excuse to go in,” he said.

The operatives were trained in urban warfare and using explosives to carry out acts of sabotage against pro-Russian rebels, US officials said.

Ukraine’s Defence Ministry said similar acts were being prepared against Russian troops stationed in the breakaway Transdnistria region of Moldova.

Kremlin spokesman Dmitry Peskov responded by describing the reports as unsubstantiated and “confirmed by nothing”.

The US official’s remarks follow an earlier statement by US National Security Adviser Jake Sullivan, who told reporters about intelligence that Russia was laying the groundwork to try to fabricate a pretext for invading Ukraine.

He said it was the same playbook Russia used when it occupied Crimea in 2014.

Russia has amassed weaponry along with tens of thousands of troops on the border with Ukraine, prompting invasion fears.

US and Russian officials have been in talks for the past week in an attempt to reduce tensions over Ukraine, but little agreement appears to have been reached.

Russia denies it is planning to invade Ukraine but is seeking guarantees against Nato’s eastward expansion, something that Western countries say they are unable to give. (Courtesy BBC)