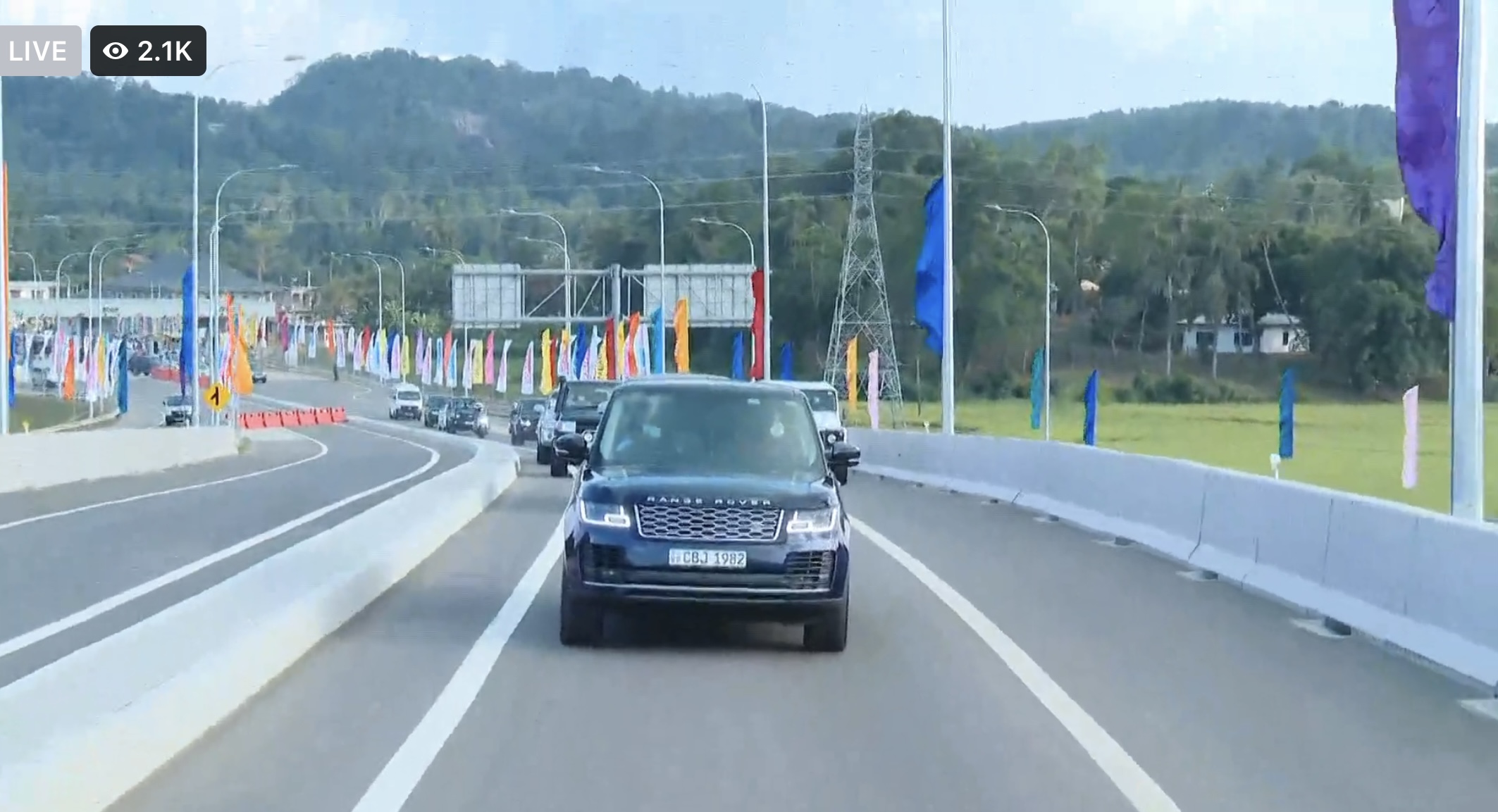 The Mirigama to Kurunegala stretch of the Central Expressway was declared open by President Gotabaya Rajapaksa and Prime Minister Mahinda Rajapaksa today.

The second phase of the Central Expressway from Mirigama to Kurunegala will enable the public to travel nearly 39.7 km between two cities within just 25 minutes.