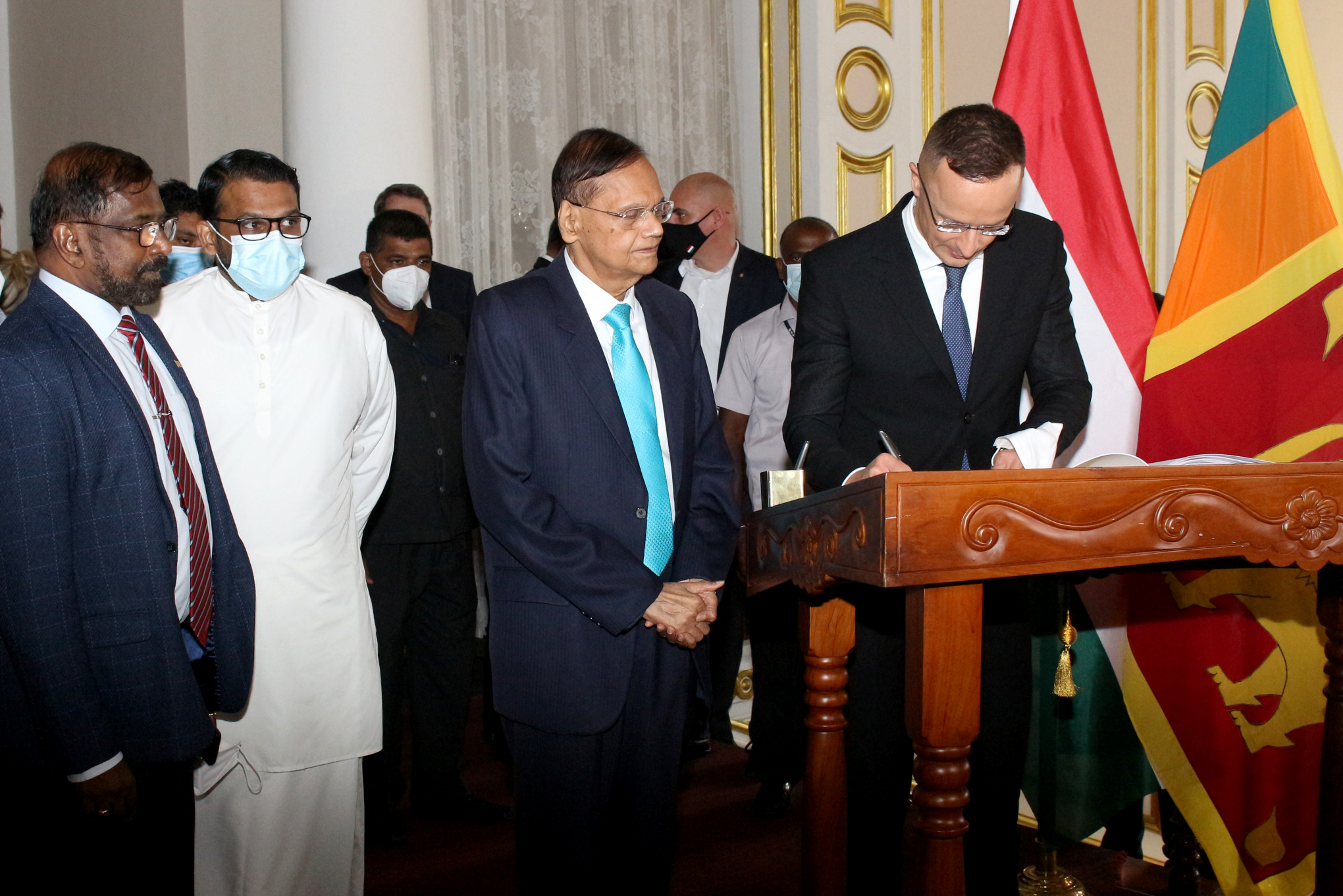 He apprised visiting Hungarian Minister of Foreign Affairs and Trade Péter Szijjártó on the progress in reconciliation in Sri Lanka and the credible domestic framework in process to promote and protect human rights, in keeping with the country’s international obligations, the Foreign Ministry said.

Minister Peiris also noted that Hungary is a member of the European Union (EU), with which Sri Lanka maintains an important and abiding partnership.

At the meeting the two Ministers had productive discussions on a multitude of areas of bilateral interest.

The two Ministers highlighted the importance of broadening and deepening economic relations, including the promotion of trade, investment and tourism ties in the current global context.  Towards this end, the two Ministers agreed to convene the second session of the Sri Lanka-Hungary Joint Commission on Economic Cooperation (JCEC) at an early date this year. Minister Peiris referred to the need to optimize utilisation of the EU GSP plus facility in accessing the Hungarian market, as Sri Lanka’s key exports benefit from duty free access to the EU market.  Interest was also expressed in the early conclusion of the Double Taxation Agreement between the two countries, as well as cooperation, inter alia, in science and technology, Ayruveda and renewable energy.

During the visit, Minister Szijjártó, who was accompanied by a substantive business delegation from Hungary, launched the Sri Lanka-Hungary Business Forum in partnership with the Minister of Trade Bandula Gunawardena, under the aegis of the National Chamber of Commerce of Sri Lanka.

Noting that development cooperation comprises an important element of the bilateral partnership, Minister Peiris conveyed Sri Lanka’s appreciation to Hungary for providing infrastructure development assistance to Sri Lanka through a soft loan of Euro 52 million.  The current projects include the construction of flyovers at Kohuwala and Gatambe. At the invitation of the Minister of Highways Johnston Fernando, Minister Szijjártó visited the construction site of the Kohuwela flyover where the two Ministers laid the foundation stone for the project.

Another fruitful outcome of Minister Szijjártó’s visit was the signing of the Memorandum of Understanding between Sri Lanka and Hungary on Cooperation within the Framework of the Stipendium Hungaricum Programme for the Years 2022-2024. Under the programme, Hungary offers 20 scholarships annually to qualified Sri Lankan students to undertake undergraduate and postgraduate studies in a wide array of academic fields including engineering, sciences, economics and water management. Sri Lanka is the 86th country to benefit from the scholarship programme. Minister of Education Dinesh Gunawardena signed the MoU on behalf of the Government of Sri Lanka. (Colombo Gazette)