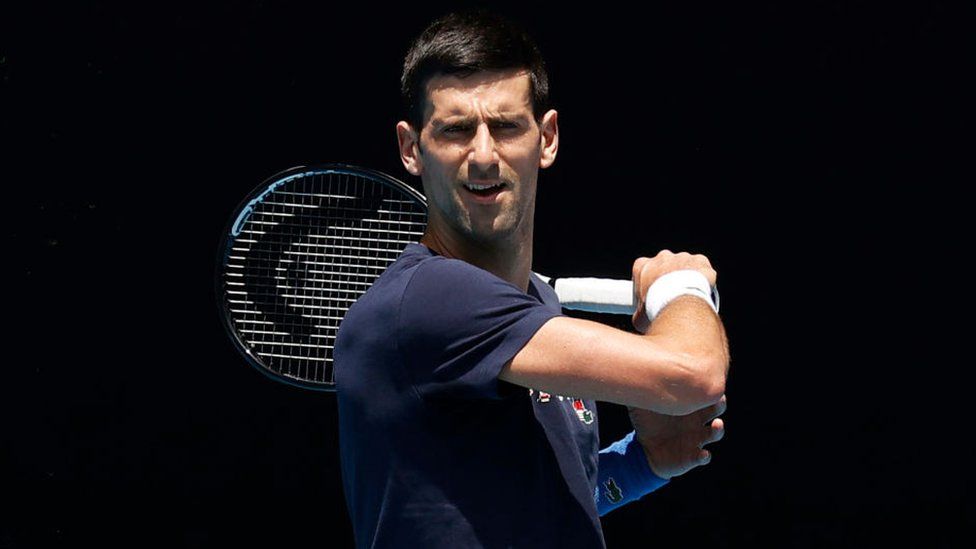 Tennis star Novak Djokovic has admitted there were mistakes on his immigration forms and to meeting a journalist despite testing positive for Covid, as Australia mulls deporting him.

The men’s tennis number one is hoping to play in the Australian Open next week.

But his participation has been overshadowed by a row over his visa.

Djokovic, who is unvaccinated, had his visa revoked on 6 January shortly after arriving in Australia amid questions over the vaccine exemption that would have permitted him to enter.

On Monday, however, a judge dramatically overturned the decision and ordered the release of the player from detention.

But the government has not ruled out further action – and the possibility remains that the country’s immigration minister could cancel his visa for a second time just days before the tournament begins.

Alex Hawke could cancel the visa based on prior Covid infections not counting as an exemption. But Djokovic’s visa could also be cancelled on “character grounds” based on an investigation into his arrival form and potential breaches of Serbia’s Covid rules.

If Djokovic wins the Australian Open – his 21st grand slam – he would become the most successful male tennis player in history.

In his Instagram post, Djokovic said he went ahead with the interview, with French title L’Equipe, because he “didn’t want to let the journalist down”.

“[I ensured] I socially distanced and wore a mask except when my photograph was being taken,” he said.

L’Equipe confirmed in an article that the tennis star wore a mask the entire time, even when their reporter asked him to take it off for five minutes.

The journalist, Franck Ramella, said that he had been told not to ask Djokovic about his vaccination status or the upcoming Australian Open so “therefore did not ask if he had considered doing a test“.

“Even if we did ask, what would be the point?” Mr Ramella wrote.

Djokovic also admitted making a false declaration on his travel form prior to entering Australia and said his team has provided additional information to authorities.

He said his agent had made a mistake when filling in a section of the form that covered his recent travel history. The form stated that he had not travelled in the 14 days before his arrival in Australia.

But recent reports suggest the 34-year-old had travelled to Serbia and then to Spain prior to the trip.

“My agent sincerely apologises for the administrative mistake in ticking the incorrect box,” he wrote. “This was a human error and certainly not deliberate.”

The tennis star said he did not know he had Covid when he went to two events – the unveiling of a Djokovic stamp and an awards ceremony that was attended by children.

He wrote on Instagram that he had taken a PCR test on 16 December after attending a basketball match two days before, where a number of people later tested positive.

Djokovic said that he had taken a rapid antigen test before attending both events and was only notified that his PCR was positive after attending the awards ceremony on 17 December. (Courtesy BBC)