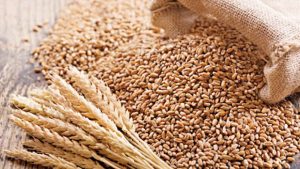 Bangladesh emerged as the top destination of wheat exports from India, having the largest share of more than 54 percent in both volume and value terms in the financial year 2020-21, according to Commerce Ministry data released today.

According to DGCIS data, the top ten countries, which accounted for more than 94 percent of India’s wheat exports in 2016-17, now have 99 percent share in exports in 2020-21 in both volume and value terms.

In the first seven months (April-October) of the current financial year (2021-22), India’s wheat exports in terms of volume rose by more than 527 percent to 3.2 million tonnes from 0.51 million tonnes reported during April-October period of 2020-21, said the official data.

In terms of value, India’s wheat exports in the current fiscal (April – October) rose by 546 percent to USD 872 million from USD 135 million reported during the same period of the previous fiscal.

In the current financial year (2021-22), India’s wheat exports is expected to achieve an all-time high as it has already surpassed the shipment achieved during 2020-21.

The rise in India’s wheat exports has been achieved because of the Agricultural Products Exports Development Authority (APEDA) taking up various initiatives such as organizing B2B exhibitions in different countries, exploring new potential markets and initiating marketing campaigns with active involvement of Indian Embassies.

“We are giving thrust on building infrastructure in the value chain for giving boosts to cereal exports in collaboration with the state governments and other stakeholders such as exporters, farmer producer organizations, transporters, etc,” M Angamuthu, Chairman, APEDA, said.

India is the second largest producer of wheat with a share of around 13.53 percent of world total production and produces around 107.59 million tonnes of wheat annually with a major chunk of it catering to domestic consumption. (TheDailyStar)