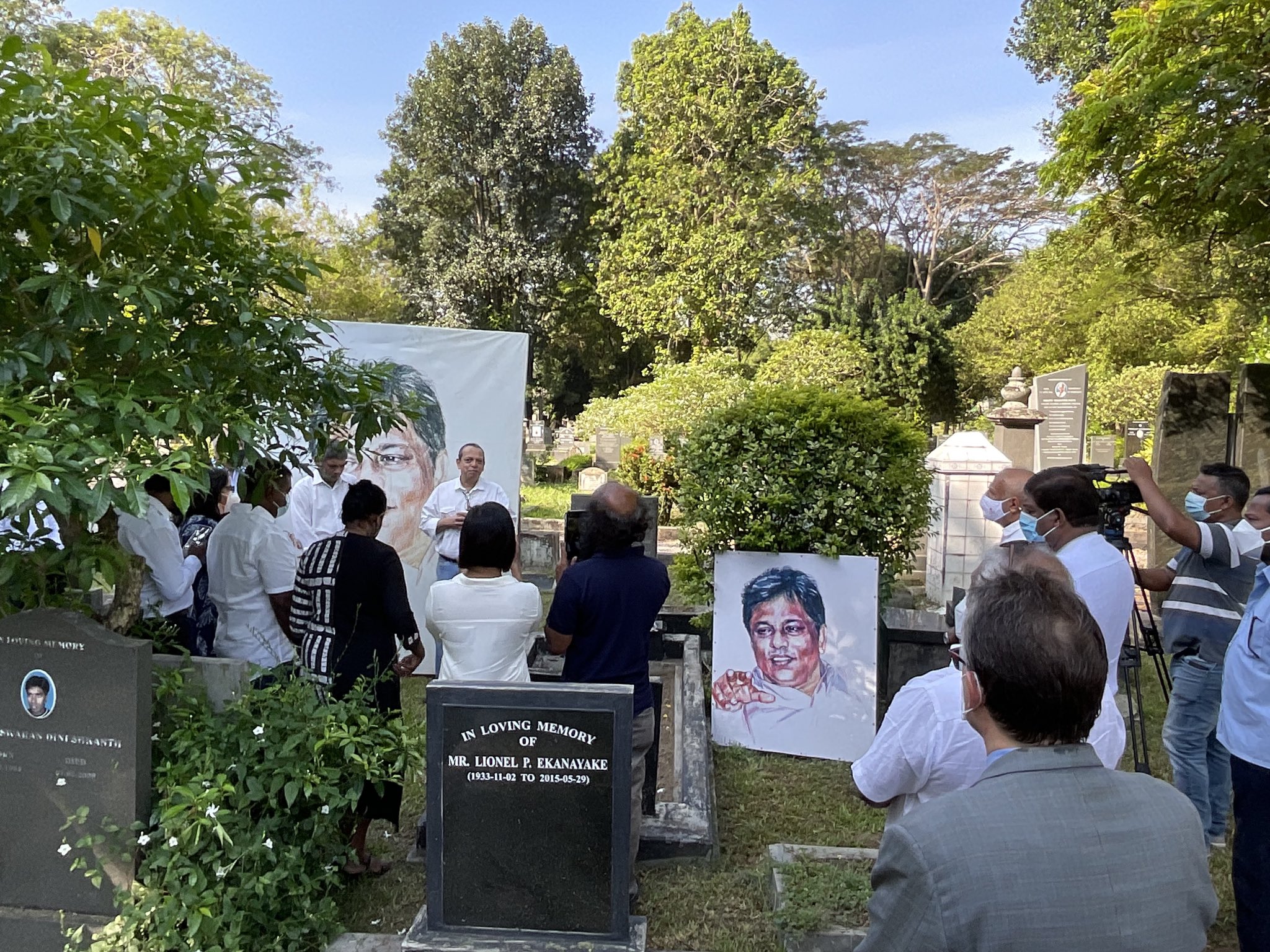 President Gotabaya Rajapaksa has been urged to investigate the murder of journalist Lasantha Wickrematunge, 13 years after his death.

Wickrematunge was murdered when he was on his way to office on 8th January 2009.

A memorial was held at his graveside at the Borella Cemetery today with the participation of his family, friends and some politicians.

Speaking at the event in Batticaloa, Tamil National Alliance (TNA) MP Shanakiyan Rasamanickam said that President Rajapaksa, who was the Defence Secretary at the time Wickrematunge was killed, should investigate the murder.

He also noted that the former ‘Yahapalanaya Government’ had also failed to ensure justice for Wickrematunge.

Meanwhile, former State Minister Eran Wickramaratne says he is unsure as to why the killers of journalist Lasantha Wickrematunge were not brought to book even though Ministers in the Yahapalanaya Government felt strongly on the matter.

Responding to a question posed during a live discussion on Daily Mirror, Lankadeepa and Tamil Mirror, Wickramaratne said that he and several others in the Yahapalanaya Government wanted justice for Lasantha Wickrematunge.

He claimed that no Minister in the Yahapalanaya Government attempted to suppress the investigations into the murder.

However, he said he is unsure as to why the murder was not pursued in the judiciary.

He also said there were questions raised if there was backpedaling owing to pressure from powerful political figures who are in powerful positions in the present Government. (Colombo Gazette)