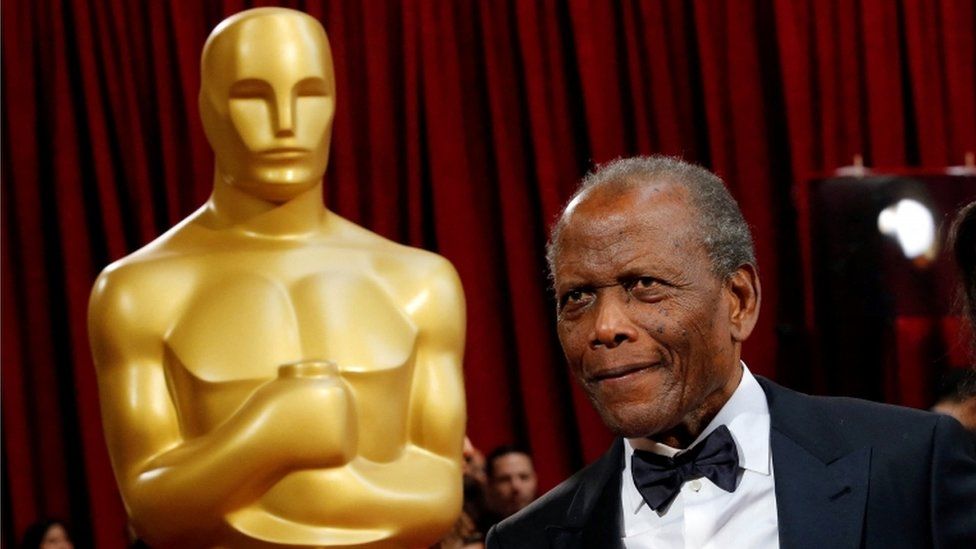 Sidney Poitier, the first black man to win a best actor Oscar, has died at 94.

The Hollywood star’s death was confirmed to the BBC by the office of Fred Mitchell, the Bahamas’ minister of foreign affairs.

Poitier was a trailblazing actor and a respected humanitarian and diplomat. He won the Academy Award for best actor for Lilies of the Field in 1963.

He added that the actor revealed “the power of movies to bring us closer together” and “opened doors for a generation of actors”.

US broadcaster and journalist Oprah Winfrey also paid tribute, saying: “For me the greatest of the ‘Great Trees’ has fallen,” adding the actor “had an enormous soul I will forever cherish”.

Born in Miami, Poitier grew up on a tomato farm in the Bahamas and moved to New York aged 16.

He signed up for a short stint in the army and did several odd jobs while taking acting lessons, en route to becoming a star of the stage and screen in the 1950s and 60s.

Poitier broke racial barriers in Hollywood. His appearance in The Defiant Ones in 1958 earned him his first Oscar nomination – in itself a historic achievement for a black man in a lead category at the time.

Five years later he went one better, taking the glory for Lilies of the Field, in which he played a handyman who helps German nuns to build a chapel in the desert.

Speaking on a live Facebook stream on Friday, The Prime Minister of the Bahamas, Philip Davis said: “Our whole Bahamas grieves. But even as we mourn, we celebrate the life of a great Bahamian.”

He added: “His strength of character, his willingness to stand up and be counted and the way he plotted and navigated his life’s journey.

“The boy who moved from the tomato farm to become a waiter in the United States, a young man who not only taught himself to read and write, but who made the expression of words and thoughts and feelings central to his career.” (Courtesy BBC)