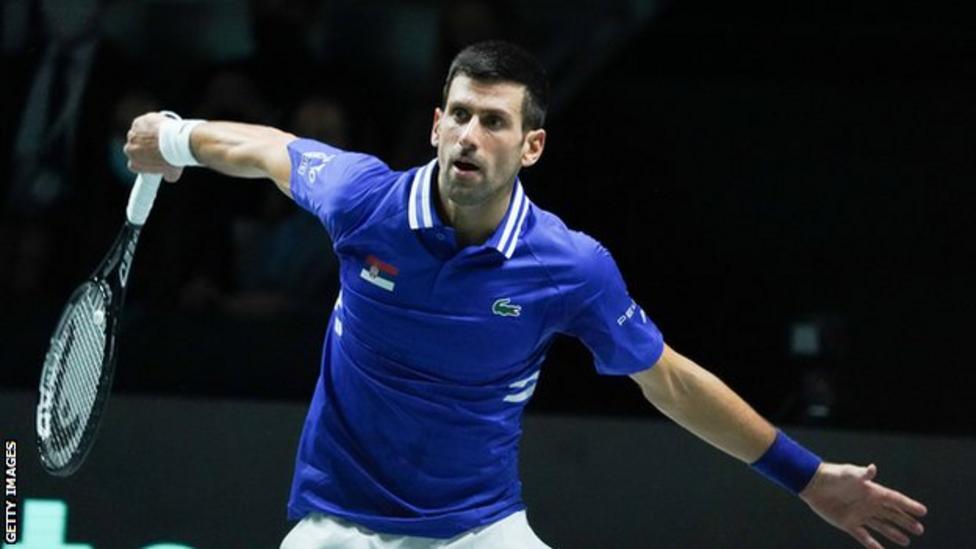 World number one Novak Djokovic will defend his Australian Open title later this month after receiving a medical exemption from having a Covid-19 vaccination.

All players and staff at the tournament must be vaccinated or have an exemption granted by an expert independent panel.

Serb Djokovic, 34, has not spoken publicly about his vaccination status.

But Australian Open chief Craig Tiley said “no special favour” had been given to the nine-time champion.

Speaking to Channel Nine’s The Today Show, Tiley added: “We made it extra difficult for anyone applying for an application to ensure it was the right process and to make sure the medical experts deal with it independently. There were 26 athletes that made applications and a handful have been granted.

“There has been no special favour or special opportunity granted to Novak Djokovic or any tennis player. There’s been a process that goes above and beyond the normal process for everyone.”

The tournament begins in Melbourne on 17 January and Djokovic said on Instagram on Tuesday: “I’ve spent fantastic quality time with my loved ones over the break and today I’m heading down under with an exemption permission.

“Let’s go 2022. I am ready to live and breathe tennis in the next few weeks of competition.”

The news was confirmed by tournament organisers Tennis Australia, who said: “Novak Djokovic will compete at the Australian Open and is on his way to Australia.”

Earlier this week, Tiley said some unvaccinated players had been granted exemptions to play in the year’s first Grand Slam.

On Wednesday, he added: “For tennis players it was a process that goes above and beyond what anyone coming to Australia would experience simply because we had an extra panel of experts who, through a blind review, granted exemptions where appropriate.”

Applications for medical exemptions were assessed anonymously by two separate panels, with inflammatory cardiac illness or another acute condition listed as valid reasons.

It is also possible Djokovic has recently tested positive for the virus, which would allow him to defer taking the vaccine.

“Fair and independent protocols were established for assessing medical exemption applications that will enable us to ensure Australian Open 2022 is safe and enjoyable for everyone,” said Tiley in a statement on Tuesday.

“Central to this process was that the decisions were made by independent medical experts and that every applicant was given due consideration.”

Djokovic had pulled out of the Serbia team for the ATP Cup in Sydney, which had raised doubts over his participation at Melbourne Park.

BBC tennis commentator Andrew Castle said, while he was “not surprised” by the reaction to the exemption, the decision was “not unfair”.

“But he must have one. We knew this would happen when exemptions were announced. I’m not surprised [by the reaction] but what I will say is, it’s not unfair because he satisfied two independent panels.

“Is he giving the world of tennis the correct lead? It’s arguable. It doesn’t look like he’s broken any rules, he’s satisfied the independent panels so we’re once again left arguing over another Covid-related matter.

“I can understand the Australian public being furious. They’ve been to hell and back and if the crowd boo him – which I think they will – he will put it aside and become the favourite to win. No-one is arguing about his tennis, the concern here is leadership and the example he is setting, but it’s not mandatory to have the vaccination.”

Djokovic has won the past three Australian Opens and is in a three-way tie on 20 majors with Roger Federer, who misses the tournament through injury, and Rafael Nadal in the all-time list.

“He has a chance to break this record,” added Castle. “The tournament would be worse off without him from a tennis point of view, of course. But he’s never been quite as loved as Roger Federer and Rafael Nadal and this won’t do anything to endear him to this part of the world.

“It’s another big Covid argument and I want this whole thing to go away.” (Courtesy BBC)