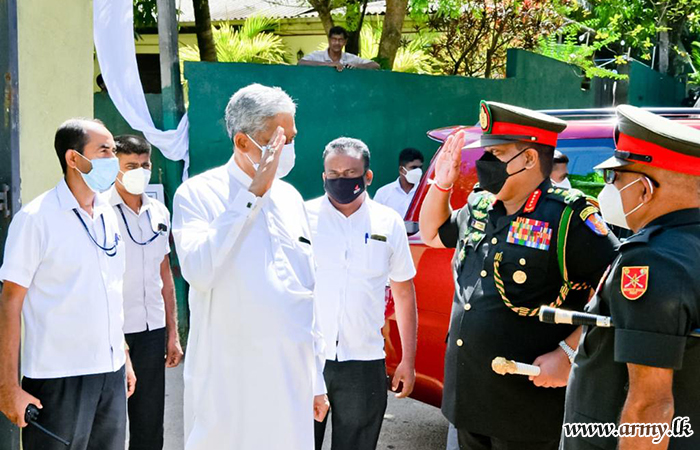 The face-to-face meeting took place at the funeral of Brigadier Panduka Perera, Commander, 563 Brigade of the Security Force HQ-Wanni.

Field Marshal Sarath Fonseka, prior to his retirement, served as Colonel of the Regiment, Sri Lanka Sinha Regiment, to which the deceased Senior Officer belonged.

Brigadier Panduka Perera passed away on Friday (31) while receiving treatment for post-recovery medical complications of the COVID-19 virus at the Infectious Disease Hospital in Mulleriyawa.

His funeral took place at the Eldeniya cemetery this afternoon (3) amidst military honours and a gathering of his close military colleagues, family members and mourners. (Colombo Gazette)