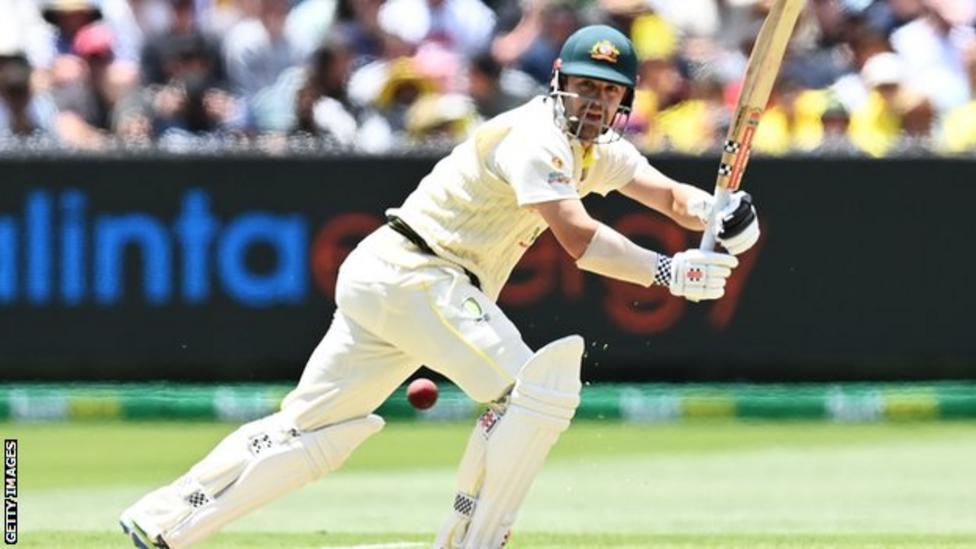 Australia batter Travis Head will be unavailable for the fourth Ashes Test after testing positive for Covid-19.

Head, Australia’s leading run-scorer after three Tests, must stay in Melbourne and isolate for seven days.

Both the England and Australia squads are due to travel to Sydney on Friday with the penultimate Test starting at the SCG on 5 January.

Head is the first player to test positive during the series, following multiple positives among support staff.

England men’s head coach Chris Silverwood will also miss the fourth Test after being forced to isolate for 10 days after a family member in the England camp tested positive.

There have been seven cases in total among England’s touring party so far, including three support staff and four family members.

Head has scored 248 runs in the first three Tests at an average of 62 – including a knock of 152 in the series opener in Brisbane.

The 28-year-old is asymptomatic and Cricket Australia says it expects to have him available for the final Test in Hobart.

The game is likely to take place under what are known as level five protocols – Thunder players need to stay separate from each other and opponents and, when batting, can sit in a group of no more than three.

In addition, seven players and eight support staff at Melbourne Stars have tested positive, putting their next match on Sunday in serious doubt after Thursday’s game against Perth Scorchers had to be postponed. (Courtesy BBC)