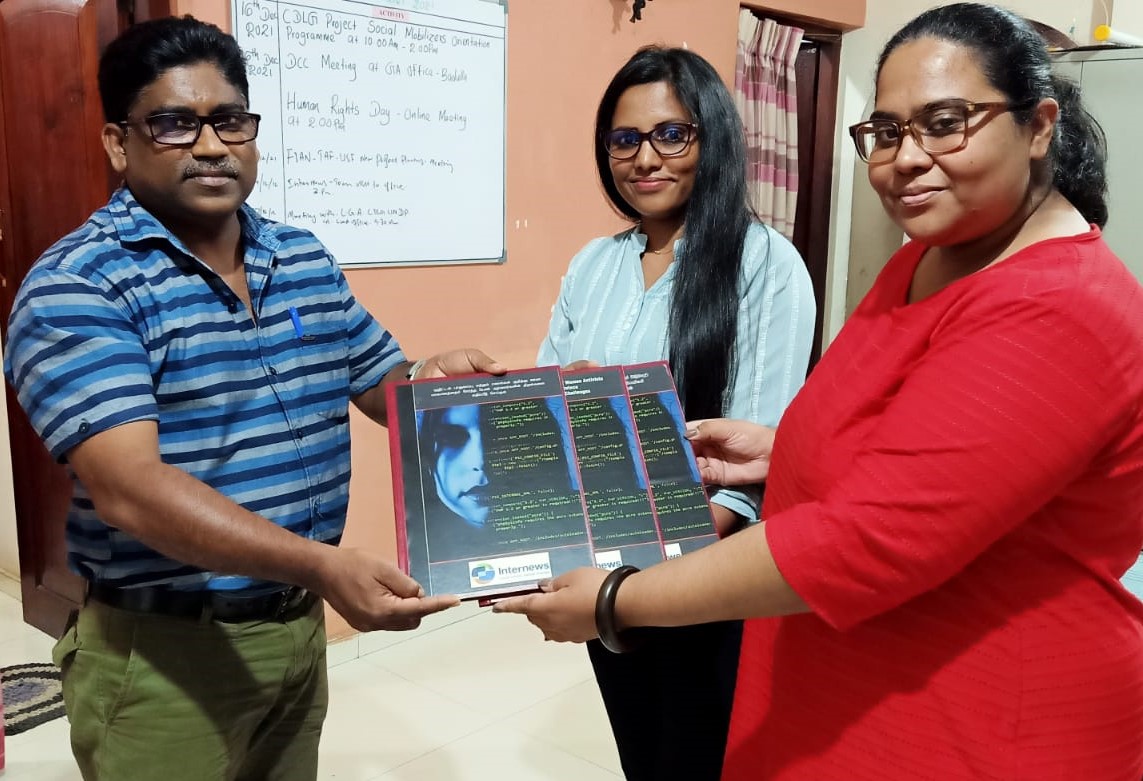 By Kalavarshny Kanagaratnam and Sara Pathirana

It is imperative, especially in this digital age, that everyone makes an effort to understand what it means to be safe online. From the moment we click a button and publish content and other information on the internet, it has already made its way to the worldwide web where the entire world can witness it and consume it. With the ascent of the recent pandemic and the way it has eased us all into a new normal where an even larger number of people around the world heavily began to rely on the internet and using it as a tool to get their work done without needing to worry about the challenges that arrived with the covid-19 restrictions. Alongside this, the importance of digital security and our safety online too, has been heightened.

With more people embracing the internet as technology advances, individuals look towards online activities such as hacking into social media and email accounts and stealing sensitive data from its owners. Data, people’s identities and personal images tend to be stolen and used for committing other malicious activities. Many people around the world have already faced and suffered from such problems. Women in particular are increasingly vulnerable to online threats such as cyberbullying. Therefore, it is very important to be aware of the concept of digital security.

Digital Security in the Estate Sector

Digital Security is a collective term that describes the resources employed towards protecting ones’ online identity, data, and other assets. These tools include web services, antivirus software, smartphone SIM cards, biometrics, and secured personal devices. In other words, digital security is the process used to protect ones’ presence and identity online. Due to a lack of awareness about digital security, many cases of data theft and cyber violence are reported on a daily basis.

When considering Sri Lanka’s context, the Western province in particular and other nearby provinces would usually showcase a larger number of internet users who are tech-savvy and vigilant to a certain extent. Even then, issues continue to persist. But, can the same be said to the masses of users who reside in the estate sector for instance? When there is still signs of a digital divide in those regions, how are they faring online with the resources they have?

Women are often the most vulnerable and commonly targeted segment on the internet. As such, a recent study conducted by an Internews Sri Lanka ‘Safe Sisters’ project focused on studying the extent to which digital security exists for women engaged in social activities and activism initiatives in the estate sector across the Uva Province. A group of women activists based in the Badulla district were selected for the study and the research mainly focused on the topic of digital security.

The research focused on a group of 10 women activists based in Badulla and the reason this region was selected for this study was mainly due to having recognized the lack of research being carried out in those regions with special emphasis on the topic of digital security, which is, once again greatly lacking among many Sri Lankan internet users in general. However, when considering women activists who work tirelessly to become the torchbearers for communities of vulnerable groups and communities in the estate sectors specifically, then conducting this kind of study and giving them a space to be heard and to understand their level of capacity and any other shortcoming was merely one step forward in this case.

Most of the activists were quite reliant on platforms such as WhatsApp groups for sharing details and communicating with each other. Being a women activist and elevating ones’ voice to the masses tends to attract negative criticisms especially when existing within a patriarchal setting. In this case, the study revealed that their activism, which focused on issues on matters pertaining to gender-based rights, domestic violence, child-abuse, human rights, reconciliation etc. meant that criticism was always lingering around the corner and so, they always had to be extra vigilant whenever they would proceed ahead with their work.

While knowledge of these issues has increased somewhat in urban areas, knowledge on the meaning of new media and the internet is still a long way off when this involves people who live in the estate sector. As such, this assessment identifies the need to teach the use of the internet, understand digital security, social media use, and secure communication. This study was initiated as part of the Safe Sisters Sri Lanka Digital Safety Fellowship, which was conducted and funded by Internews Sri Lanka. Members of the public can find out more about this assessment by reaching out to Internews Sri Lanka.