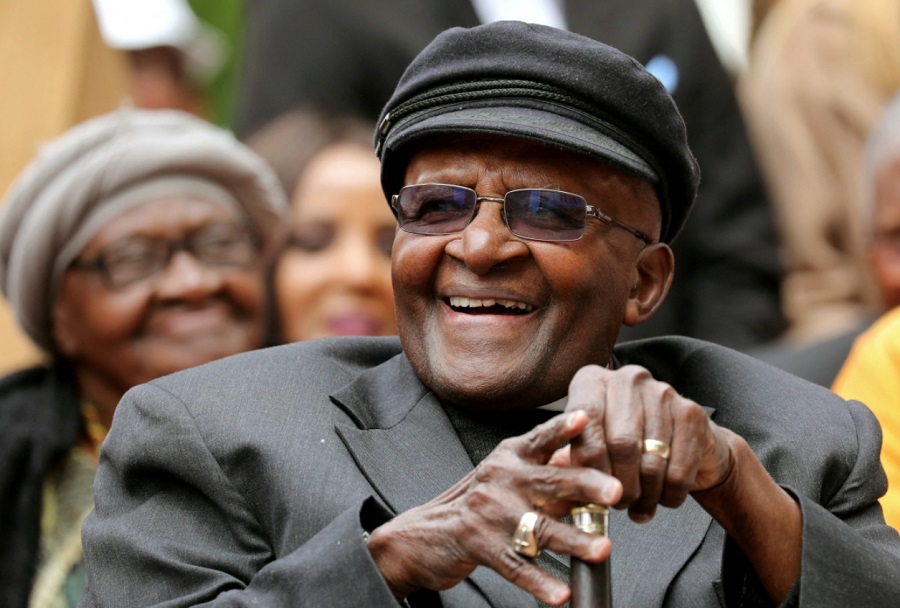 The Tamil diaspora is mourning the death of Archbishop Emeritus Desmond Tutu who closely followed the protracted civil war in Sri Lanka.

The Global Tamil Forum (GTF), a leading Tamil diaspora group based in London, expressed its profound sadness at the passing of Archbishop Emeritus Desmond Tutu on the 26th of December 2021.

GTF said that Bishop Tutu belonged to a generation of exceptional South Africans who played a pivotal role in transitioning their country from its apartheid era, and his role, as the Chairperson of the Truth and Reconciliation Commission, was monumental in uniting and healing the nation after decades of brutal violence.

“Bishop Tutu was a man of extra ordinary intellect and compassion, and a leader of principle and pragmatism, and his achievements and accolades were innumerable – iconic spiritual leader, anti-apartheid activist, global human rights campaigner, Nobel Laureate, a member of The Elders – to name a few,” GTF said.

Above all, GTF said that Bishop Tutu’s true and lasting legacy was that he showed the world that humans can triumph over history. He was a giant who appealed to our better angels to liberate us from the clutches of oppressive history, when many political leaders appeal to our worst to make us prisoners of history and status quo as they chose the easiest path to power.

GTF said that Bishop Tutu closely followed the protracted civil war in Sri Lanka, its brutal end in May 2009, and the years that have followed.

“Your journey has many parallels to the one that we travelled in South Africa, in our quest for equality”, and recognised that “Sri Lanka was going to need help from the international community to get back on track, just as they needed in South Africa. I stand in solidarity with the many Sri Lankans, who want just that – to get back on track,” Bishop Tutu was quoted as saying in a message sent (March 18, 2016) to an Australian Government facilitated Global Tamil Forum event to promote peace, justice, reconciliation, and prosperity for all in Sri Lanka.

In his well-considered and thoughtful message to the event, Bishop Tutu was hopeful of the (then) new government’s initiatives during that period, welcoming its commitments to “resolving the long-standing conflict by introducing a new constitution” and “addressing the injustices of the past through a credible accountability mechanism”, and expressed his “delight at Sri Lanka co-sponsoring the resolution passed by the United Nations Human Right Council”.

Bishop Tutu concluded his message with optimism stating, “Post-conflict processes take time, but what matters is getting on the right path. Those members of the Sri Lankan Tamil diaspora who have come together with the Global Tamil Forum to declare peace and call for justice, reconciliation and prosperity for all in Sri Lanka – at this historic event in Australia – are on the right path. You are painting a new picture of a prosperous and unified Sri Lanka, a new rainbow nation based on equal rights and justice. Congratulations. God bless you.”

GTF said that although the planned event never materialised due to many factors beyond their control, and Sri Lanka receded majorly from the optimistic days of 2016, the relevance, and the power of the message from late Bishop Tutu remains valid, as is GTF’s commitment to play its part in any genuine and meaningful effort to achieve equality, justice, peace, dignity, and reconciliation. (Colombo Gazette)