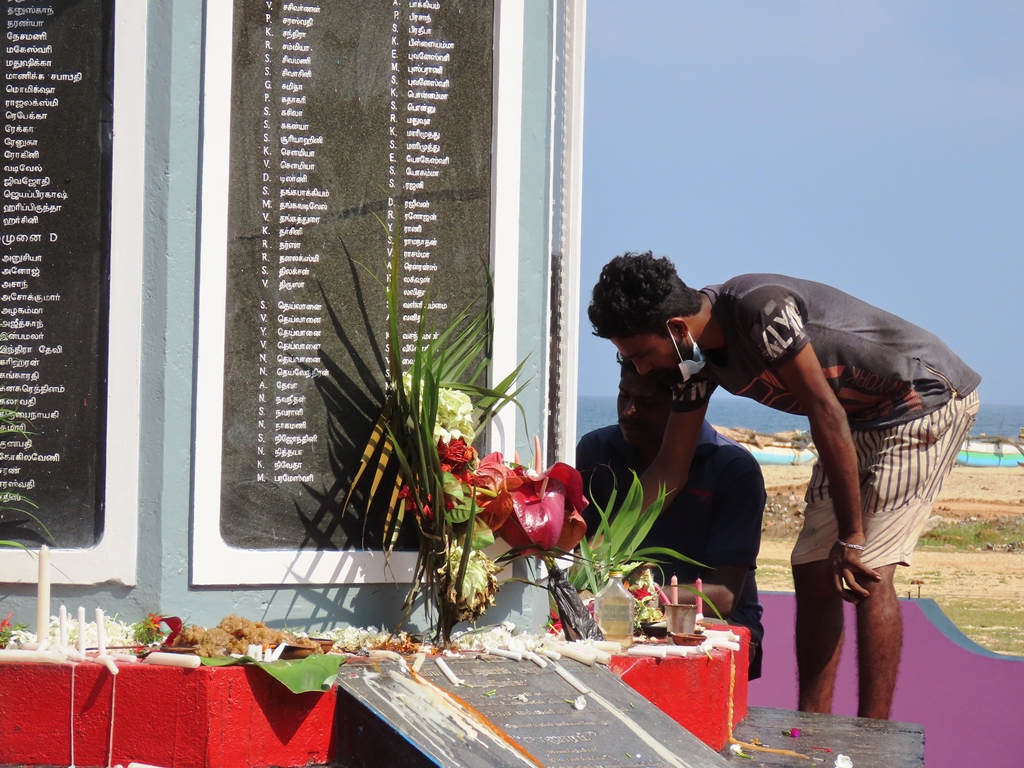 A 2-minute silence was observed around the country today from 9.25am to 9.27am to remember the victims of the Boxing Day tsunami.

The main event to commemorate the victims was held in Peraliya, where the worst train disaster in history caused by the tsunami occurred.

Events were also held across the country including at State and private institutions.

The Disaster Management Center (DMC) said the 17th anniversary of the deadly tsunami was commemorated at District level with the participation of a limited number of people due to the prevailing COVID-19 pandemic in the country.

Over 35,000 people were killed in Sri Lanka during the tsunami while hundreds of homes and other buildings and property were destroyed.

The tsunami triggered by an earthquake in Indonesia struck 13 out of 14 coastal Districts in Sri Lanka. The eastern and the southern shores were the most destroyed by the tsunami, which according to statistics, killed 35,322 people and rendered over 500,000 homeless. Another 5,000 went missing.

The major disaster occurred when the southbound Queen of the Sea (Samudra Devi) train plying along the coastal rail line with around 1500 passengers onboard got washed away by the killer waves near the Peraliya area in Hikkaduwa killing all but a few passengers.

The tsunami affected 502,456 people from 235,145 families in 34 Divisional Secretariat Divisions. The social, economic, cultural and environmental damage caused is enormous.