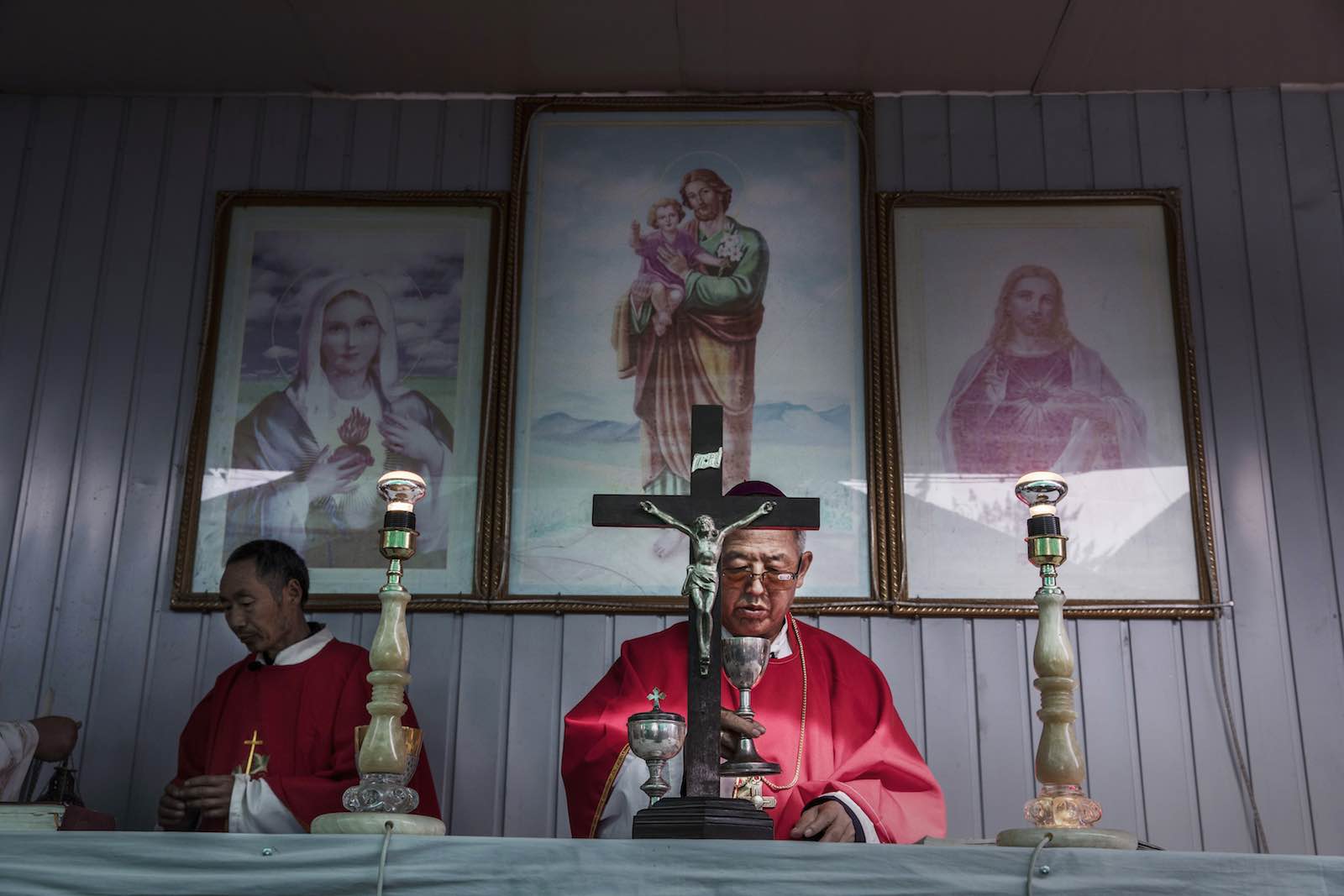 The destruction or desecration of Catholic churches and shrines has often been reported from across China, including the provinces of Hebei, Henan, Guizhou, Shaanxi and Shandong. Religious activists call all this a part of a plan by Chinese government to Sinicize Christianity. The plan calls for ‘retranslating and annotating’ the Bible, to find commonalities with socialism and establish a ‘correct understanding’ of the text.”

In 2017, Chinese President Xi Jinping stated that religions not sufficiently conformed to communist ideals pose a threat to the country’s government, and therefore must become more “Chinese-oriented.” Since he took power, crosses have been removed from an estimated 1,500 church buildings. Restrictions were put in place in February 2018 making it illegal for anyone under age 18 to enter a church building. Though religious freedom is officially guaranteed by the Chinese Constitution, religious groups have to register with the government and are overseen by the Chinese Communist Party (CCP).

China’s leadership is pushing forward with amending CCP doctrine on religious policy as it tightens control on religious groups of all sorts throughout the country. In this regard, a two-day conference held in Beijing in December, with CCP cadres insisting on “sinicising religion in China”. Emphasis was also reportedly placed on guiding religion to “adapt to the socialist society”.

In order to reinforce CCP doctrine on religious policy dozens of priests belonging to the underground Catholic Church have been arrested by police in mainland China over the last few months. The term underground church is used to refer to Chinese Catholic churches in the People’s Republic of China which have chosen not to associate with the state-sanctioned Chinese Patriotic Catholic Association.  At least 6 bishops from the underground Church have disappeared some for more than 3 years, others for several months all because they refused to accept the control of the official Catholic Church the Patriotic Association. Similar pressure is being exerted on underground Catholic families: their children are banned from schools and their churches are being destroyed.

In November, Chinese authorities arrested Christians from the Early Rain Qingcaodi Church in the Sichuanese city of Deyang, according to China Aid. Among those rounded up on “fraud” charges were church pastors, community leaders, and volunteers. The church has been under pressure from the government for years. The trouble began after a former elder in the church signed a joint statement in 2018 calling for freedom for Christian churches throughout the country.

The U.S. Commission on International Religion had stated in its 2018 report that China “advanced its so-called ‘sinicization’ of religion, a far-reaching strategy to control, govern and manipulate all aspects of faith into a socialist mould infused with ‘Chinese characteristics.’” Christians, Muslims, Tibetan Buddhists and Falun Gong practitioners have all been affected by this.

The Chinese government must realize that it can achieve national unity and integration only by embracing people’s diverse religious and cultural significance and therefore, all possible steps must be taken to protect the rights of the minority community and enable them to live according to their religious traditions. No matter how harsh measures are adopted to intimidate the Churches, the Chinese government cannot destroy the faith and resilience of Chinese Christians.