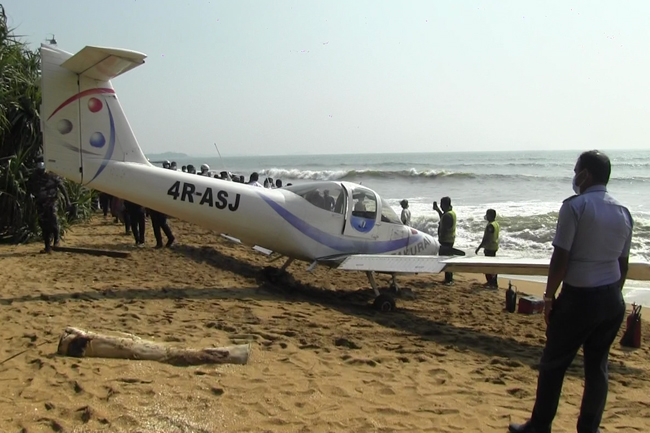 A light training aircraft made an emergency landing on the Payagala beach today.

The Sri Lanka Air Force (SLAF) said that the aircraft had initially gone missing from the radar.

A rescue team was later dispatched by the Air Force to locate the plane.

The plane was found to have landed on the beach in North Payagala,

A technical fault had forced the pilot to make the emergency landing of the plane with two people on board.

Both the pilot and the other individual on the plane escaped unhurt. (Colombo Gazette)