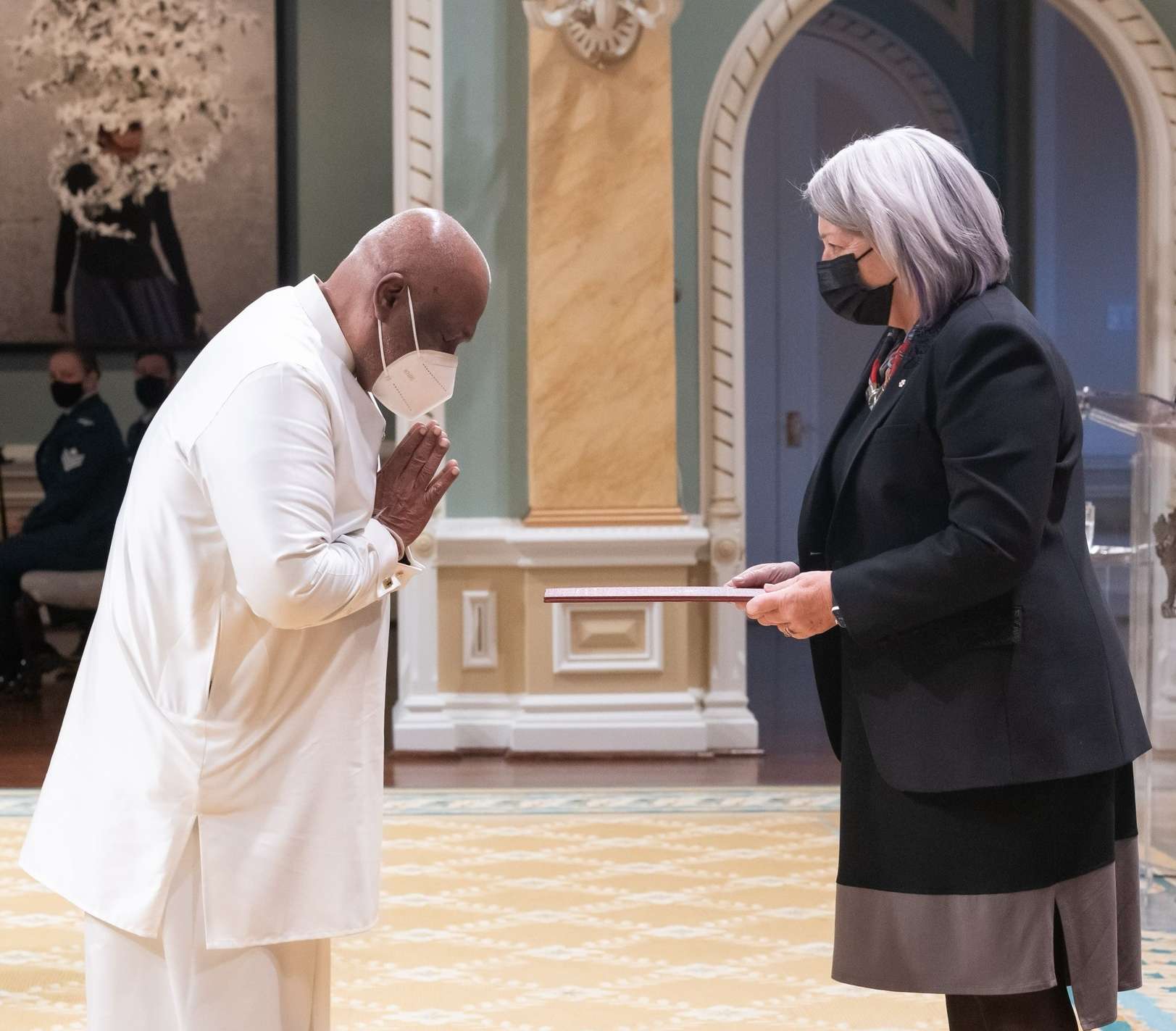 Sri Lanka has briefed Canada on the recent developments in the country, the Sri Lanka Foreign Ministry said.

Sri Lanka’s envoy to Canada, Harsha Kumara Navaratne presented his Credentials as Sri Lanka’s High Commissioner, to Governor General Mary May Simon of Canada at a ceremony held at the Rideau Hall in Ottawa.

Senior officials from the Department of Foreign Affairs, Trade and Development, Canada and Diplomats attended the ceremony which was held to mark the presentation of credentials by four envoys representing Sri Lanka, Spain, Israel and the United States of America.

Following the welcome by the Master of Ceremonies, the Chief of Protocol of Canada, Stewart Wheeler introduced each of the four envoys. The introduction was followed by the presentation of Credentials.

The Governor General in her welcome address outlined the bilateral relations shared between each of the four countries and Canada. Speaking of Sri Lanka, the Governor Genaral referred to the strong people to people ties and the large Sri Lankan origin diaspora in Canada, joint economic collaboration and development programmes between the two countries.

During an audience with the Governor General following the presentation of credentials, Sri Lanka’s new High Commissioner briefed Canada’s Governor General on recent developments in Sri Lanka. High Commissioner Navaratne stated that his priorities in Canada would include renewing reconciliation efforts, improving and increasing trade and investment ties between Sri Lanka and Canada and encouraging Canadian tourism and investments in Sri Lanka.

Prior to his appointment as Sri Lanka’s envoy to Canada, High Commissioner Navaratne was the Chairperson of the International Network of Engaged Buddhists headquartered in Bangkok which supports a network of socially engaged Buddhist practitioners and organizations in over 40 countries and currently leads two initiatives in South and South-East Asia bringing interreligious organizations to work together. As a follow up of these initiatives, the Buddhist-Muslim dialogue was set up in Malaysia and Indonesia.

He was also a Commissioner of the Human Rights Commission of Sri Lanka and the Founder and Chairperson of Sevalanka Foundation, Sri Lanka, a community-based organization that provides rural services related to sustainable agriculture, fisheries, tourism, enterprise development, microfinance, environmental conservation, psychosocial support, and peace and reconciliation. (Colombo Gazette)