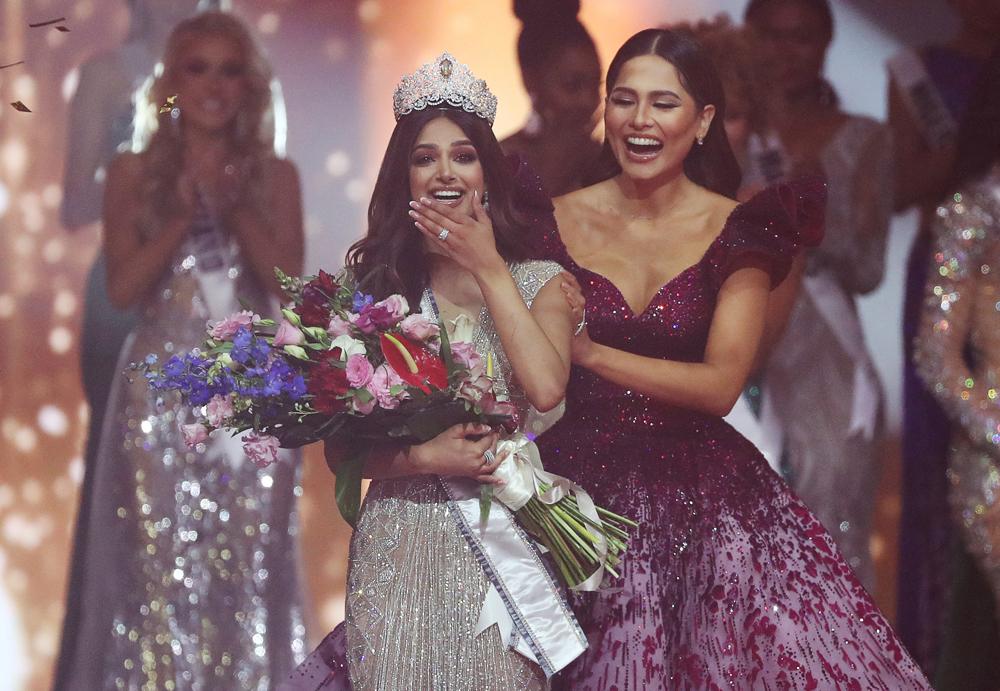 Sandhu was presented the crown by her successor, Miss Universe 2020 Andrea Meza, before taking her first walk as the new Miss Universe on the stage in Eilat, Israel.

A strong advocate for women’s empowerment, Sandhu is actor who draws inspiration from Priyanka Chopra. In her spare time, she enjoys yoga, dancing, cooking, horse riding and playing chess.

Prior to the winning moment, the 70th annual Miss Universe competition, which was hosted by Steve Harvey, featured a swimsuit and evening gown segment, as well as an interview portion for each of the contestants.

Israeli singer and international pop star Noa Kirel also delivered a performance at the pageant, which had a focus on the climate crisis as part of a green agenda that corresponds with the values ​​of Israel.

The competition was a historic one, as it marked the first time that a delegate from the United Arab Emirates has ever competed and the first time in over four decades that Miss Universe Morocco has returned to the pageant.

Her win came about five months later than usual because the annual pageant went on a hiatus due to the ongoing COVID-19 pandemic.

In a statement prior to Sunday’s competition, Israeli Tourism Minister Yoel Razvozov said he was thrilled to welcome Miss Universe to his country, even with the ongoing COVID concerns.

“Despite the challenges the COVID-19 pandemic placed in our path, we knew how to maintain the balance between health and the economy, to bring tourism back to Israel,” Razvozov said. “We needed to create tourism anchors that will promote and present Israel to the world as a vaccination nation that invites tourists to visit. The Miss Universe pageant is, without [a] doubt, an important and significant anchor of this plan.”