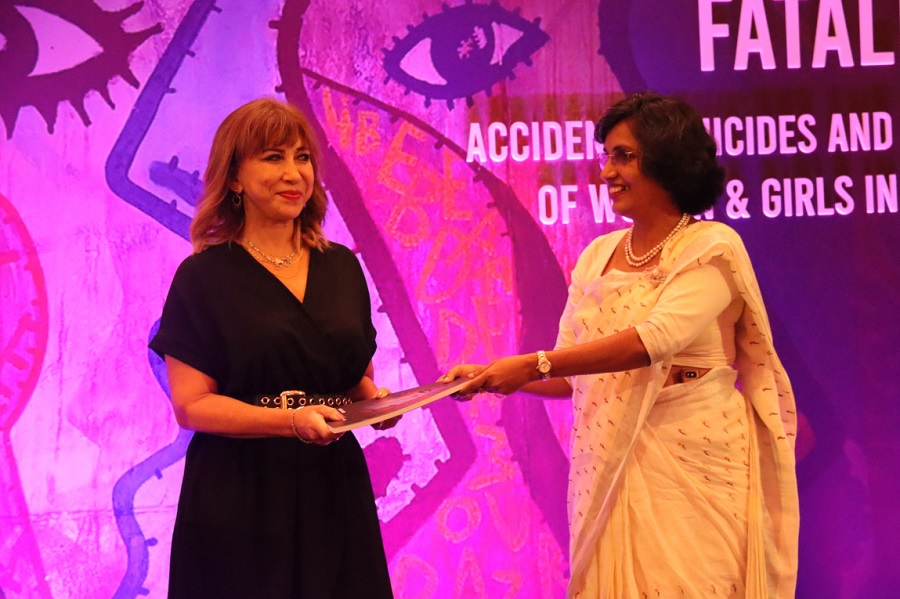 A new study has revealed that of 243 murders committed between 2013 and 2015 in Sri Lanka 128 were committed by the legal husband.

The UNFPA commissioned the study, which is the first of its kind in Sri Lanka, to understand the contributory factors of unnatural deaths that women and girls by analyzing accidents, suicides and femicides in Sri Lanka from 2013-2015.

Conducted by the University of Kelaniya, the study focused on unnatural female deaths in five provinces in the country. Evidence from the study found that 62% of homicides – out of the studied sample of 243 killings between 2013 and 2015 – were perpetrated by intimate partners, ex-partners and family members. Further, out of the 243 homicides reviewed, 128 of the cases identified the perpetrator as the legal husband. Moreover, 69% of such incidences go unreported, which is a cause for alarm. This indicates that gender-based violence is often shrouded in silence. In light of this, the study aims to describe the problems associated with the judicial processes and outcomes relating to unnatural female deaths. It further aims to provide policy inputs and guidelines to address problems associated with the investigation and judicial processes relating to the issue.

Speaking at the event, Sharika Cooray, Officer in Charge, UNFPA Sri Lanka stated “Femicide, is the intentional sex/gender-related killings of women and girls that does not occur in isolation, it is fueled by a culture of impunity and norms that accepts any form of violence against women and girls. These are crimes that can be controlled & prevented and are sinister in nature as these are not only harmful to the victims and survivors but those of their families and society as a whole. We must work together to break the silence around issues pertaining to gender-based violence. We must position this issue nationally, thus ensuring a violence-free Sri Lanka for women and girls.”

Highlighting the methodology and findings, Prof. P. Anuruddhi S. Edirisinghe, Cadre Chair and Professor of Forensic Medicine, Faculty of Medicine, University of Kelaniya stated “This book engages with the roles and influences of the medical/legal/judicial processes, the media, and the community in such deaths including the possible social, cultural, gender and other norms and ideologies that may influence, delay and prevent judicial redress and media coverage. Most importantly, it also considers the ways in which some of these deaths could have been prevented.” (Colombo Gazette)