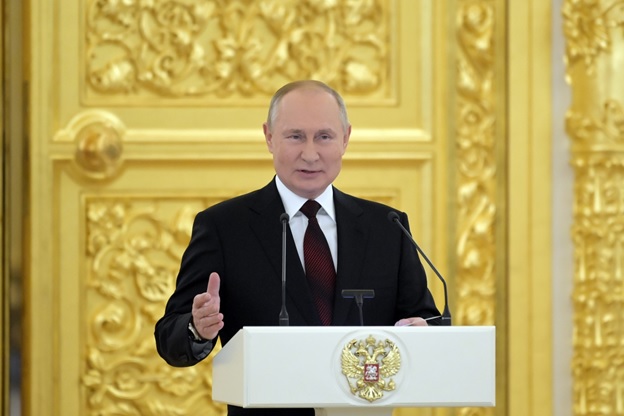 Russian President Vladimir Putin has noted the recent progress in the relations between Russia and Sri Lanka.

He said that good contacts have been established between foreign ministries, defence ministries and ministries of the economic bloc, as well as between parliaments.

The President expressed these views when Professor Janitha A. Liyanage, Ambassador of Sri Lanka to the Russian Federation together with 19 Ambassadors from foreign countries presented letters of credence to the President.

Keeping with the tradition, the ceremony took place in the Alexander Hall of the Grand Kremlin Palace. However, due to the unfavourable pandemic situation the protocol ceremony for starting a diplomatic career in Russia was held in the limited format.

Speaking about Sri Lanka, President Putin highlighted: “Next year, we will mark the 65th anniversary of the establishment of diplomatic relations with Sri Lanka. Good contacts have been established between foreign ministries, defence ministries and ministries of the economic bloc, as well as between parliaments. By the way, the Secretary of Russia’s Security Council Nikolai Patrushev has just visited Colombo, on November 22.”

President Putin also mentioned that since 2009, Sri Lanka has been involved in the work of the Shanghai Cooperation Organization as a dialogue partner, contributing to the efforts to ensure the security of the Eurasian region, its sustainable socioeconomic growth.

President Vladimir Putin touched on Russia’s relations with the states represented by Ambassadors and expressed hope that with their active participation those relations would be filled with new content, mutually beneficial projects, useful initiatives and, in general, will develop dynamically for the benefit of the peoples of the countries, in the interests of international security and stability.