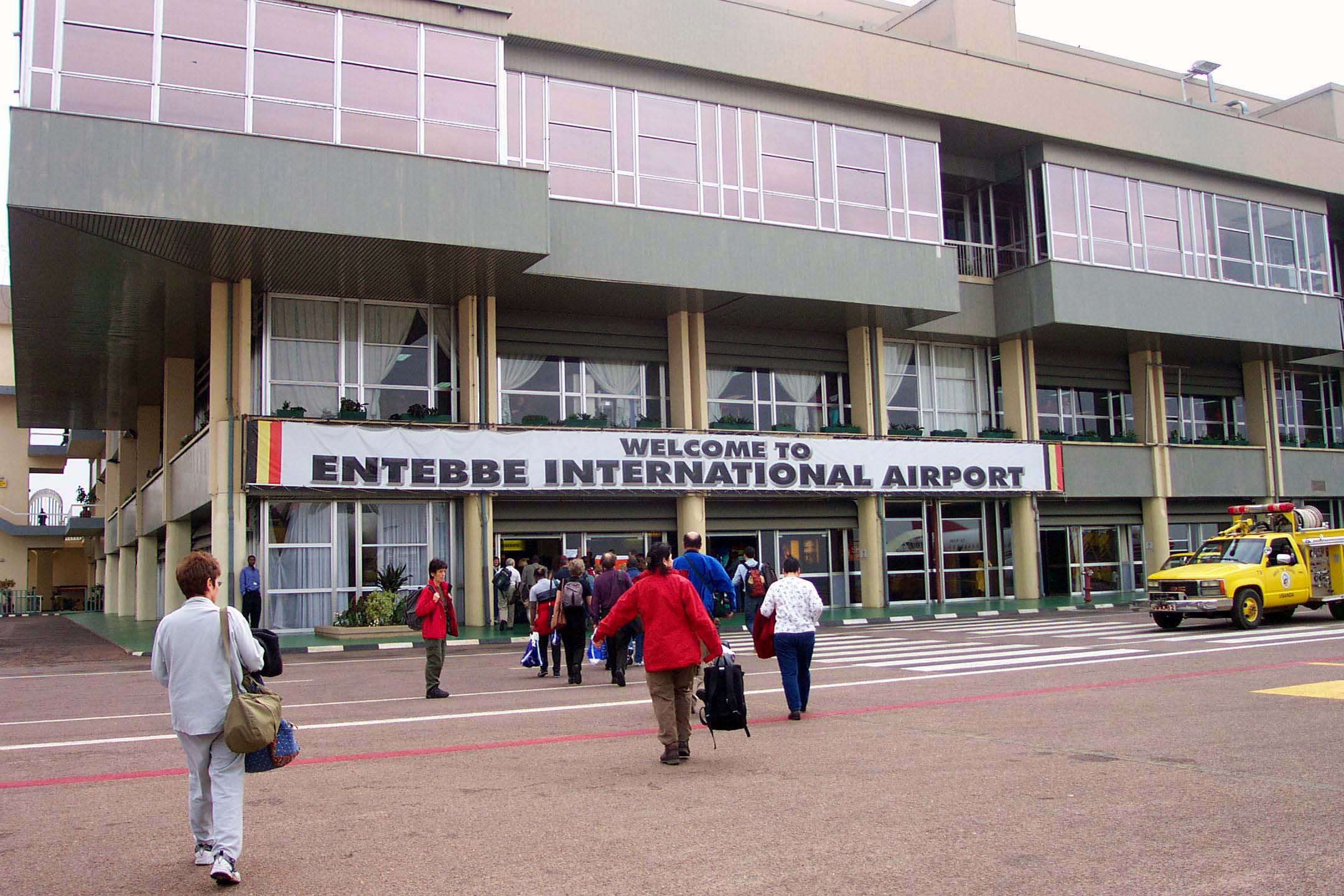 In what is yet another move to acquire foreign assets on account of default of loans China allegedly has taken over the Ugandan Entebbe International Airport and other assets in the Eastern African country? Ugandan President Yoweri Museveni had sent a delegation to Beijing for a renegotiation with the Chinese government.

Earlier the Museveni-led government had signed an agreement with China’s Exim Bank to borrow $207 million to expand Entebbe International Airport according to press reports. The authorities have admitted that there are problematic clauses in the loan agreement, as Uganda is seeking to amend some clauses in the agreement. Meanwhile, the Chinese government had also rejected reports that suggested a forcible takeover of Ugandan airport by creating a ‘debt trap.

Fearing default on payments, a number of African countries are re-negotiating loan terms with Chinese entities including deferment of interest payments and suspending the non-viable projects. This is due to declining economic conditions consequent to widespread Covid 19. China presently is a leading bilateral lender in 32 African countries and the top lender to the continent as a whole. The list includes Angola ($21.5 billion in 2017), Ethiopia ($13.7 billion), Kenya ($9.8 billion), Republic of Congo ($7.42 billion), Zambia ($6.38 billion) and Cameroon ($5.57 billion), is learnt.

In the space of a decade and a half, China has become Africa’s largest bilateral creditor, with having committed to lend over 150bn USD between 2000-2018, larger than any OECD (Organization for Economic Cooperation and Development) lender, and near-matching the World Bank in Africa. Along with growing trade and Foreign Direct Investments (FDI), these capital flows from China, accelerating under the Belt and Road Initiative (BRI), have been met with consternation from the western media outlets.

As per the IMF estimates, additional financing of up to $285 billion would be needed during 2021-25 by the African countries to step up their spending response to the Covid pandemic.

These trends have raised fears over Chinese lending as a geostrategic and coordinated tactic, deliberately indebting African countries in order to gain control over key assets, in what has become a meme of “debt-trap diplomacy”. This asserts that Chinese loans are collateralized by strategically important assets, from mineral resources to port projects, and the debt is used deliberately to leverage or extract strategic advantages from poor indebted countries — including asset seizures — when they are unable to meet debt obligations.

According to the authors of the ‘How China Lends’ analysis, Chinese loan contracts contain “more elaborate repayment safeguards than their peers in the official credit market,” which basically guarantee repayment by the borrowing countries. These contracts also contain provisions that “give Chinese lenders an advantage over other creditors.” These unique provisions include a commitment by the borrower to: keep contract terms undisclosed unless otherwise required by law, maintain an escrow account and other special bank accounts to secure debt repayment, exclude the debt from restructuring initiatives (such as the World Bank’s Debt Service Suspension Initiative), and allow the lender to terminate the agreement and demand immediate full repayment if the borrower defaults on its other lenders. These confidential contracts have only grown in importance over time.

In recent years, growing levels of debt—including loans from China—have raised concerns about an impending debt crisis in Africa. Specifically, many are worried that increasing government expenditures in the face of the COVID-19 pandemic may trigger a new crisis in the years to come. At the same time, China has been accused of wielding “debt diplomacy” to gain certain advantages and benefits in exchange for loans.

In 2015, the World Bank argued that African countries have too much debt and encouraged borrowers to change their behaviors and adjust their risks. Further, within this narrative, the role of China in providing loans has been controversial—even more so than, for instance, private sector debt, such as the “Eurobonds” that have also risen rapidly since the 2000s, especially in Africa’s middle-income countries.

China has been accused of using its lending to vulnerable countries for strategic purposes. For instance, in 2019, Mark Green, the former Administrator of the U.S. Agency for International Development, argued that China uses “debt diplomacy” to convert its economic might into political influence in recipient nations, especially when those recipient nations are unable to repay their debt. Mr. Green also claimed that unlike the Paris Club, China does not provide debt relief to help recipient countries reduce their debt burden, as evidenced by the recent increase in the size of Chinese debt held by heavily indebted poor countries. Unsustainable Chinese debt threatens the self-reliance of those vulnerable countries.

African scholars, who have been very critical of China’s resources for infrastructure deals in Africa and the opacity of Chinese lending practices and have accused China of ‘Debt Trap Diplomacy’. Experts have also highlighted the problem of China’s ‘hidden debt’ because a significant portion of the Chinese lending to African countries is not reported. According to a recent study by ‘AidData’, China’s underreported debts to lower- and middle-income countries are to the tune of US $ 385 billion.

In the aftermath of the COVID-19 pandemic, most African countries are experiencing mounting debt burdens. According to International Debt Statistics 2022, published by the World Bank, Sub-Saharan Africa’s external debt stocks increased by 43 percent from US $492 billion in 2016 to US $702 billion in 2020. Further, the report observes that the Sub-Saharan region, led by Angola, has witnessed the sharpest rise in Chinese debt. Though the pace of debt accumulation has slowed since 2018, Sub-Saharan Africa accounts for 45 percent of end-2020 obligations to China.

Rising debt burdens and faltering economic growth have left fewer options available for African countries. Many African countries have now resorted to cancelling Chinese projects. Some have also cited poor workmanship and unfair deals as well. Also, African leaders are more critical of Chinese lending practices today. In April 2020, then Tanzanian President, John Magufuli, described the US $10 billion worth Chinese port project in Mbegani Creek signed by his predecessor, Jakaya Kikwete, as a project that could only be accepted by a ‘drunkard’. In 2020, the Kenyan High Court cancelled the railway contract between the Kenyan government and China Road Bridge Corporation as it failed to comply with the country’s procurement rules. This year Ghana cancelled a Chinese project to develop intelligent traffic management system for its capital, Accra, out of concerns over the Chinese company’s quality of work. Felix Tshisekedi, the President of the Democratic Republic of Congo has also called for a review of the mining contracts under the Sicomines contract—then dubbed as the ‘deal of the century’—which were signed in 2008.

Today, African countries are being accused of having taken too much debt, with the majority classified by the IMF and World Bank as at risk of or already in debt distress, in part as a result of loans from China. It is important for African countries to have strategies to deal with current debt payments and avoid any escalation into crisis because of a lack of liquidity. Second, there are some countries in Africa that are more indebted and vulnerable than others.

As mentioned earlier, China is often accused of utilizing “debt diplomacy” to gain certain policy advantages in exchange for loans. Chinese lending is still seen as fairly opaque. Further, estimates for the proportion of loans provided by China to developing countries vary widely, which provides room to question and criticize the true amount of Chinese loans.