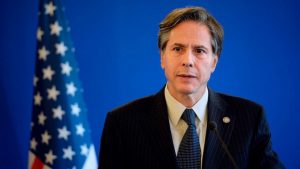 US Representatives Gregory W. Meeks and Michael McCaul, Chair and Ranking Member of the House Foreign Affairs Committee, have sent a letter to Secretary of State Antony Blinken urging the Administration to prioritize in its Sri Lanka Policy the importance of a substantive and durable political solution.

The US Representatives noted that since the end of Sri Lanka’s almost 30-year civil war, the House Foreign Affairs Committee has demonstrated an interest in ensuring that U.S. policy continue to support reconciliation and accountability, while also addressing the root causes of the conflict.

“We strongly urge the State Department to re-focus its efforts in Sri Lanka to emphasize the importance of a substantive and durable political solution,” the US Representatives said in the letter.

They said that the United States has rightly championed justice and human rights in Sri Lanka.

“Advancing these values will require solutions to political questions that remain unanswered years after the end of the civil war, including the meaningful devolution of power in an undivided Sri Lanka. We urge the Department to support the government’s engagement with opposition parties, including Tamils and Muslims, to find such solutions,” the letter said.

The US Representatives said that while the Sri Lankan people should lead the debate, the Department should make it clear that the United States stands ready to support and facilitate this effort.

They noted, however, that ultimately it is imperative that any outcome is determined by and meets the needs of all citizens in Sri Lanka, including the Tamil and Muslim people. (Colombo Gazette)