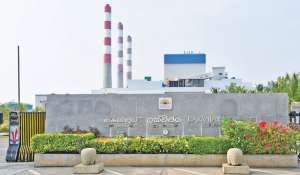 One hour power cuts will be enforced daily until operations of the Norochcholai coal power plant is fully restored.

The Ministry of Power said that power cuts will be enforced for one hour between 6pm-9pm daily, for the next 4 days.

The Norochcholai coal power plant shut down as a result of the power cut yesterday.

A major electricity breakdown occurred around the island yesterday.

The breakdown forced almost the entire country to be without electricity.

The Ceylon Electricity Board said that the power cut was caused by a transmission failure.

The electricity supply was fully restored around the island after several hours.

The power cuts had affected the water supply, train operations and even Parliament proceedings. (Colombo Gazette)