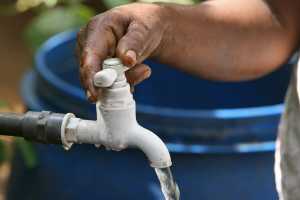 Water distribution has been affected in parts of Colombo and the suburbs as a result of the disruption to the electricity supply.

The National Water Supply and Drainage Board said that the water supply will return back to normal once the electricity supply to the main water distribution facility is restored.

A major electricity breakdown occurred around the island today and lasted for several hours.

The breakdown forced almost the entire country to be without electricity.

Heavy traffic was reported in some areas as street-lights were also not working.

Parliament was also without electricity for a few minutes during the budget debate today before the generators were switched on.

The Ceylon Electricity Board said that the power cut was caused by a transmission failure. (Colombo Gazette)

Water to be costly from September