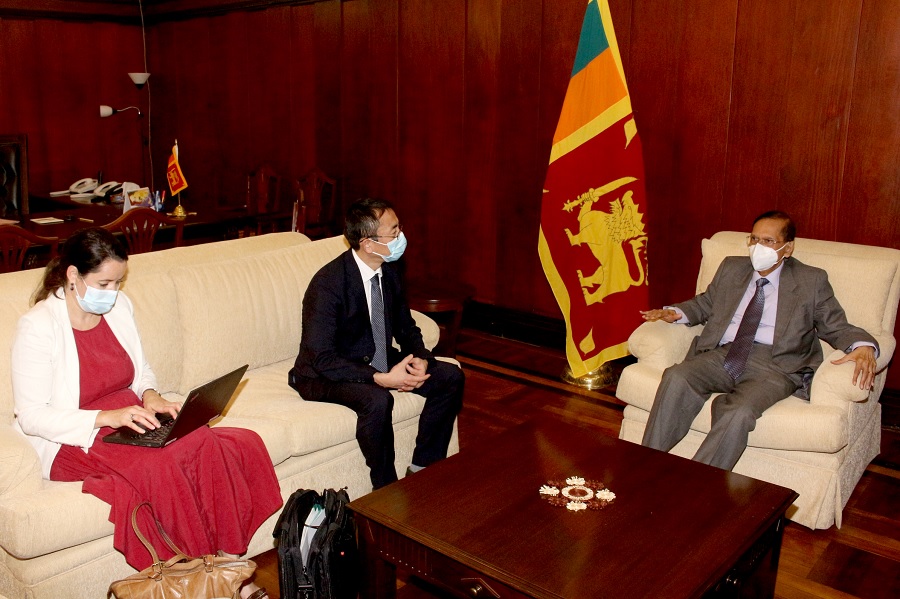 The United Nations Special Rapporteur on Contemporary Forms of Slavery including its causes and consequences Tomoya Obokata, who is currently undertaking a visit to Sri Lanka at the invitation of the Government of Sri Lanka, called on Foreign Minister Prof. G.L Peiris at the Foreign Ministry.

The mandate of the Special Rapporteur includes but is not limited to issues such as: traditional slavery, debt bondage, forced labour, children in slavery and slavery-like conditions, sexual slavery, forced and early marriages as well as issues faced by migrant workers and foreign labour.

During the meeting, the Foreign Minister discussed Sri Lanka’s progress related to labour welfare and the constructive steps taken by the government to eradicate child labour. He also elaborated on steps taken to bring our labour laws in line with international standards in a number of areas including child labour, migrant workers and debt bondage. The Special Rapporteur commended Sri Lanka on the progress made with regard to making Sri Lanka a ‘child labour free zone’.

The Foreign Minister outlined that Sri Lanka was conscious of protecting vulnerable labour groups and emphasized that Sri Lanka will continue to cooperate with the United Nations system. He stated that visits by Special Procedures Mandate Holders have been helpful in enhancing understanding of the specificities of Sri Lanka’s experiences in related fields as well as in improving domestic processes to be in line with our international commitments. (Colombo Gazette)