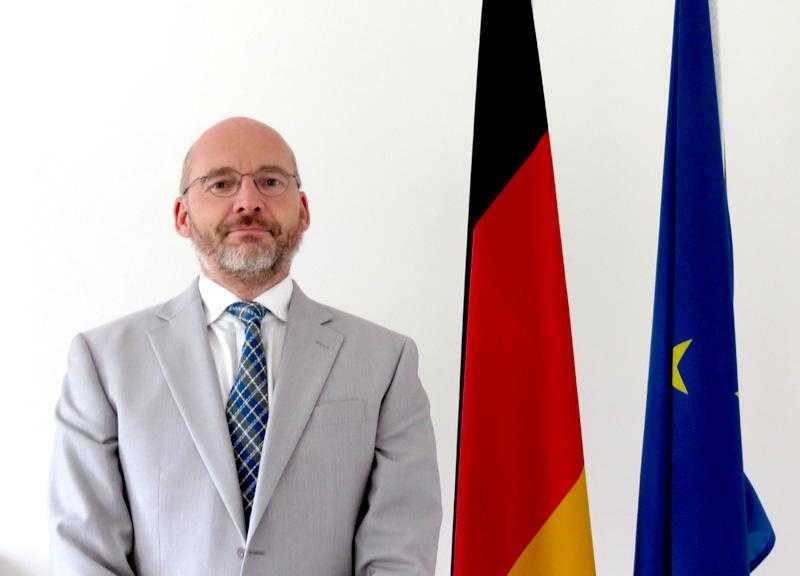 German Ambassador Holger Seubert is scheduled to pay an official visit to Jaffna and Trincomalee from 29th of November to 02nd of December 2021.

His visit strongly focuses on further strengthening economic ties between this region of Sri Lanka and Germany.

Furthermore, he will meet with representatives and partners of German companies, the Goethe Institute and Deutsche Gesellschaft für Internationale Zusammenarbeit (GIZ) GmbH.

That will give him a broad overview of the existing cooperation regarding trade, industrial production, vocational training, culture and education in the Northern and Eastern part of the country, the German Embassy in Colombo said.

He will also have the opportunity to visit a demining site of the HALO Trust in Jaffna (co-financed by Germany) and discuss other relevant subjects with representatives from the region. (Colombo Gazette)