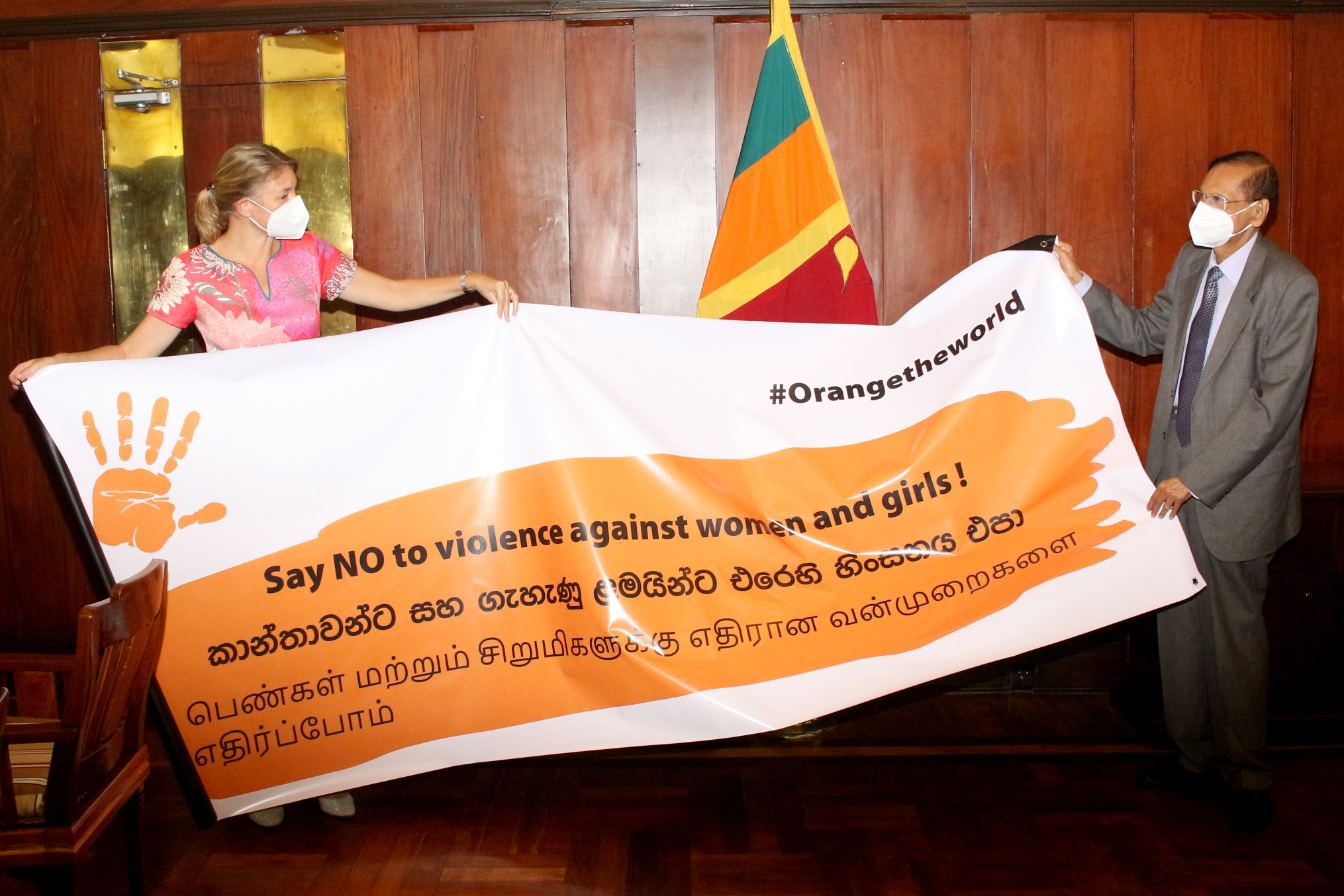 To mark the annual “Orange the World: 16 Days of Activism against Gender-Based Violence” international campaign, the Ambassador of the Kingdom of the Netherlands to Colombo Tanja Gonggrijp handed over the “Orange the World” banner to the Foreign Minister.

Accepting the banner, Minister Professor G.L Peiris reiterated Sri Lanka’s commitment to combat Gender-Based Violence and briefed on initiatives taken by the Government of Sri Lanka in this area.

He recognized that prevention and addressing sexual violence is an integral part of achieving Sustainable Goal 5 on Achieving Gender Equality and Empowering All Women and Girls. He remarked that the government’s national policy framework Vistas of Prosperity and Splendour has given priority to gender equality, empowerment of women and minimization of gender-based violence.

The “Orange the World: 16 Days of Activism against Gender-Based Violence” international campaign was initiated in 1991. Every year the event commences on November 25, the International Day for the Elimination of Violence against Women and ends on December 10, Human Rights Day.  The colour orange is meant to represent a brighter future and a world free from violence against women and girls.

According to the United Nations, globally, an estimated 736 million women—almost one in three—have been subjected to intimate partner violence, non-partner sexual violence, or both at least once in their lifetime. The COVID-19 pandemic has exacerbated the risk factors of violence against women.