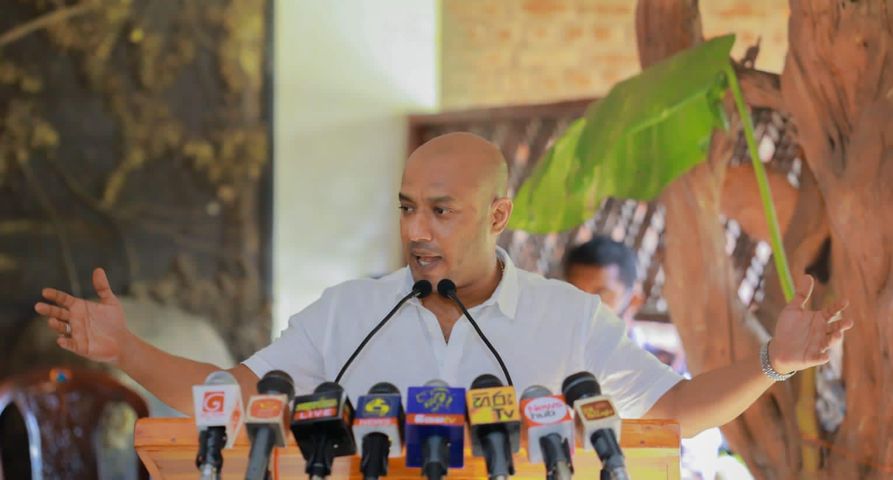 The Sri Lanka Freedom Party (SLFP) says the public are losing confidence in the Government led by the Sri Lanka Podujana Peramuna (SLPP).

SLFP National Organizer Duminda Dissanayake said that the public are not happy with some of the statements made and decisions taken by the SLPP.

He said the SLFP, as a party, will look to strengthen itself ahead of the next election.

Dissanayake also reminded members of the SLPP that their ancestral home is the SLFP.

He noted that even Prime Minister Mahinda Rajapaksa won the war against the LTTE as SLFP leader.

The State Minister said that the SLFP had been weakened as a result of some issues in the party.

However, he said the SLFP will look to regain lost ground and no one can prevent it from doing so.

The SLFP and the SLPP have been at war over the past few days.

The war erupted over statements made against SLFP leader Maithripala Sirisena by Minister Mahindananda Aluthgamage.

The battle between the two ruling coalition partners, continued in Parliament yesterday with SLPP member and State Minister Roshan Ranasinghe criticising Sirisena over a statement he had made earlier.

Ranasinghe said that he was accused of spreading gossip by the former President.

The State Minister denied the claims and added that it is the former President who spreads gossip.

Sirisena had earlier noted that the Government has 2/3rd majority because of the SLFP.

He also warned the Government of the consequences as a result of statements being made against him by Minister Mahindananda Aluthgamage. (Colombo Gazette)